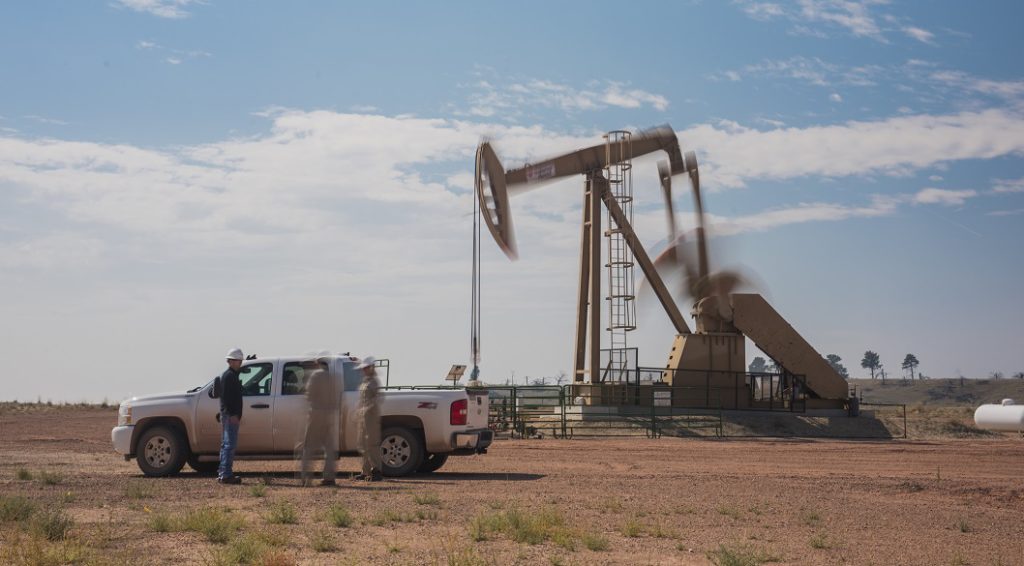 A household name in the shale revolution since the very beginning, Chesapeake Energy announced Sunday, 28 June, that is has entered into court-supervised bankruptcy protection in order to restructure a debt load that reached almost $9 billion.

Chesapeake plans to operate as normal under the Chapter 11 process which will eliminate nearly $7 billion of this outstanding debt. Additionally, the restructuring agreement will provide $2.5 billion in new financing that includes a revolving credit facility of $1.75 billion and a $750-million term loan. The agreement also provides a bankruptcy loan of $925 million that is being financed by key lenders and will be available upon court approval.

“By eliminating approximately $7 billion of debt and addressing the legacy contractual obligations that have hindered our performance, we are positioning Chesapeake to capitalize on our diverse operating platform and proven track record of improving capital and operating efficiencies and technical excellence. With these demonstrated strengths, and the benefit of an appropriately sized capital structure, Chesapeake will be uniquely positioned to emerge from the Chapter 11 process as a stronger and more competitive enterprise,” said Doug Lawler, Chesapeake's president and chief executive officer in a prepared statement.

Last November, Lawler said the company would be able to improve its financial position despite issuing notice to investors that its debt load was about to surpass the terms of its credit facility.

Subsequently, Chesapeake has become the biggest shale explorer to file Chapter 11 this year. In 2019, the company ranked as the 6th-largest US onshore producer of natural gas and the 11th largest in terms of oil.

The demand destruction caused by the COVID-19 pandemic and an oil price war in March have sent wellhead prices for almost all US shale producers into subprofitable territory.

Earlier this month, Denver-based Extraction Oil & Gas filed for bankruptcy protection after building a debt near $1.5 billion. In April, Denver-based Whiting Petroleum also sought court protection from its lenders which are owed $3.6 billion.

Chesapeake is expected to restructure its portfolio via asset sales. Rystad Energy said in a note issued upon the Chapter 11 filing that the most-likely move in the short term is a complete sale of the operator’s gas-rich Haynesville Shale acreage in Louisiana.

Prior to the low-price environment driven the pandemic, Chesapeake was already on many analysts’ watchlist for bankruptcy as it faced mounting financial uncertainties. One of the first concrete signs of an imminent filing for bankruptcy protection came though in May when the pandemic’s effect on oil prices was well-established.

That month Chesapeake warned the US Securities and Exchange Commission through a ‘going concern’ filing that it was considering the court-supervised bankruptcy process as it revealed it would likely not meet its obligations to lenders. Then on Monday, 15 June, Chesapeake missed another debt payment of $10 million.

Chesapeake’s debt load swelled significantly as it snapped oil-rich assets in the Anadarko Basin. Niobrara, and Eagle Ford Shale. Most of this acreage struggled to prove profitable.

“Chesapeake was the undisputable master of US shale gas. The massive financial burden of investing first into the shale gas boom, then its failed attempt to grow a similar strong position on oil plays, have brought the giant to its knees,” said Magnus Nysveen, the head of analysis at Rystad Energy.

Founded in 1989, it would take more than a decade for Chesapeake to become one of the most-influential and well-known companies in the US shale sector.

“The tech sector dubs companies or people that shake up that status quo as disruptors. For the US shale sector, there was been no bigger disruptor than Chesapeake,” said Robert Clarke, the vice president of US Lower 48 Upstream for global consultancy Wood Mackenzie. “Chesapeake showed the market—and its competitors—how quickly production could grow, how fast projects could develop, and what the updated US model for engaging with stakeholders looked like. Remember, they brought international upstream investors back to US onshore.”

At one point, Chesapeake’s aggressive drilling and completions activity made it the second-largest producer of natural gas in the US—behind only ExxonMobil. The achievement also came with high costs and a lot of borrowing.

By 2012, Chesapeake carried a debt load twice the size of the much larger ExxonMobil which would ultimately lead to the ouster of McClendon in 2013 and the recruitment of Lawler who was previously an exploration executive at Anadarko Petroleum.

In 2016, McClendon died in a one-vehicle car accident while facing a federal indictment on charges that he colluded on bids for drilling leases—charges that were dropped upon his death.

Nearly everything’s on the table as companies aim to shore up portfolios by curtailing investments and dumping low-priority assets.