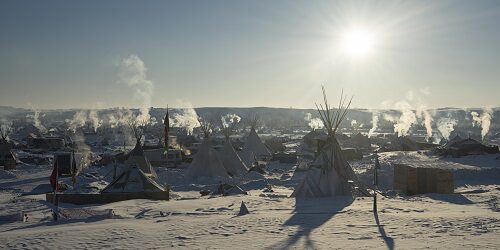 Credit: Getty Images.
The sun shines at the Oceti Sakowin Camp in Cannon Ball, North Dakota, early on the morning of 7 January 2017. The camp was the site of protests against the DAPL.

A US district court ordered Energy Transfer to shut down the 570,000 B/D Dakota Access Pipeline (DAPL) and remove oil from the pipeline by 5 August. The 1,172-mile pipeline, which transports crude oil from the Bakken/Three Forks production area in North Dakota to Patoka, Illinois, will be shut pending further environmental review. 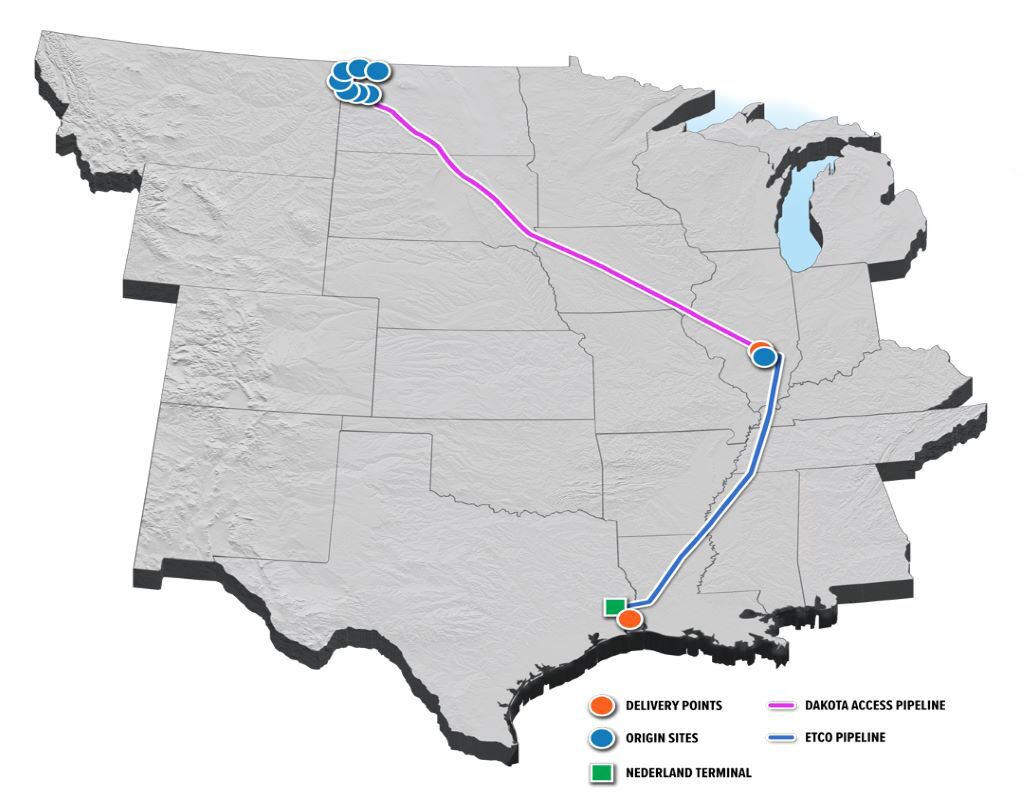 The US District Court for the District of Columbia ruled in favor of the Standing Rock Sioux Tribe, finding that the US Army Corps of Engineers violated the National Environmental Policy Act (NEPA) when it granted an easement to Energy Transfer’s Dakota Access to construct and operate a segment of that oil pipeline running beneath Lake Oahe, a large reservoir lying behind a dam on the Missouri River and stretching between North and South Dakota.

The court said this was because the Corps failed to produce a full environmental impact statement (EIS) as ordered on 25 March.

The court added a “clear precedent favoring vacatur during such a remand coupled with the seriousness of the Corps’ deficiencies outweighs the negative effects of halting the oil flow for the 13 months that the Corps believes the creation of an EIS will take.”

Energy Transfer has not commented on the ruling, but a coalition of 14 state attorneys said in May that a shutdown of the pipeline would hurt farmers and increase environmental risks if railways are forced to take on more oil shipments.

According to a Reuters story, on 2 July, the company invoked force majeure, a declaration normally used in times of war or natural disaster, to prevent oil firms from walking away from a proposed expansion of DAPL.

The DAPL website says it has not affected groundwater in any of the four states through which the pipeline passes since going into service in June 2017. The company also said the pipeline does not encroach or cross any land owned by the Standing Rock Sioux Tribe and is entirely underground and crosses under Lake Oahe at a minimum depth of 95 ft below the bottom of the riverbed.

In August 2018, the Corps completed more than a year of additional study of the pipeline, saying the work substantiated its earlier determination that the pipeline poses no significant environmental threats.

While it remains today only an idea, there are but a few barriers keeping an unmanned floater from being realized, according to one of the world’s leading offshore engineering firms.