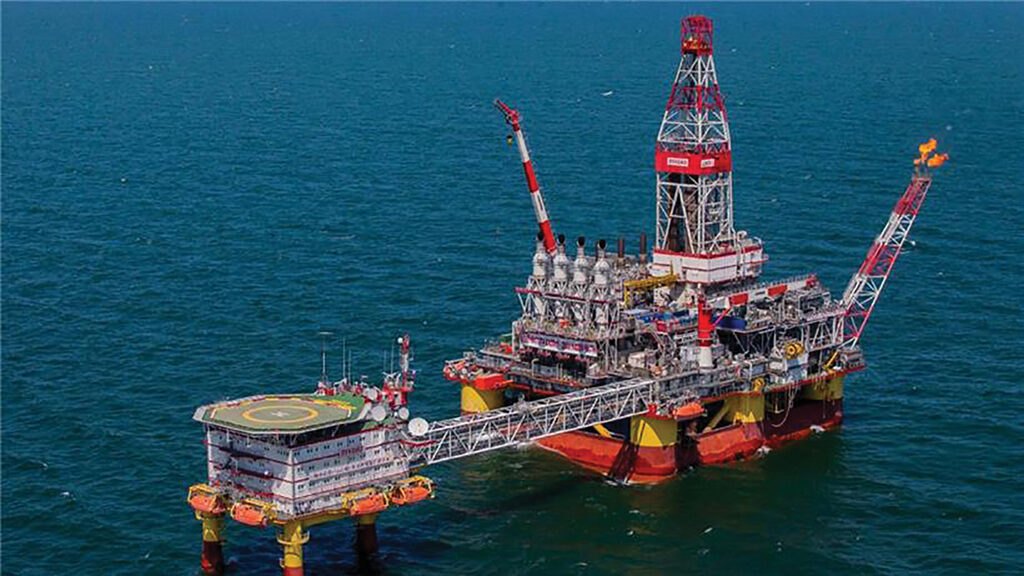 Source: Lukoil.
The accommodation platform jacket for the V.I. Grayfer field in the Russian sector of the Caspian Sea.

Lukoil has begun wildcat drilling at an exploration well at the Shirotno-Rakushechnaya prospect structure, located north of the V.I. Grayfer field in the Caspian Sea.

The well is at a water depth of 4.5 m and will be drilled to a target depth of 1650 m from Eurasia Drilling Co.’s (EDC) jackup rig Astra.

The company said it also began studying the Khazri and Titonskaya features of a new block in the south part of the Caspian Sea, within the central Caspian license block in the East Sulaksky bank. It is drilling at the Khazri feature from EDC’s jackup floating rig Neptune to the target depth of 5200 m; the sea is 45 m deep at the point of well.

Lukoil is constructing the sixth well at a riser block platform at the Yury Korchagin field. The length of the borehole of this horizontally directed producing well is 5165 m, and daily target production is 348 mt. The drilling is being done by EDC’s jackup rig Mercury.

Since it began developing the Russian sector of the Caspian Sea in 1999, Lukoil has discovered 10 fields in the sector and has produced 7 billion BOE of recoverable hydrocarbon reserves.