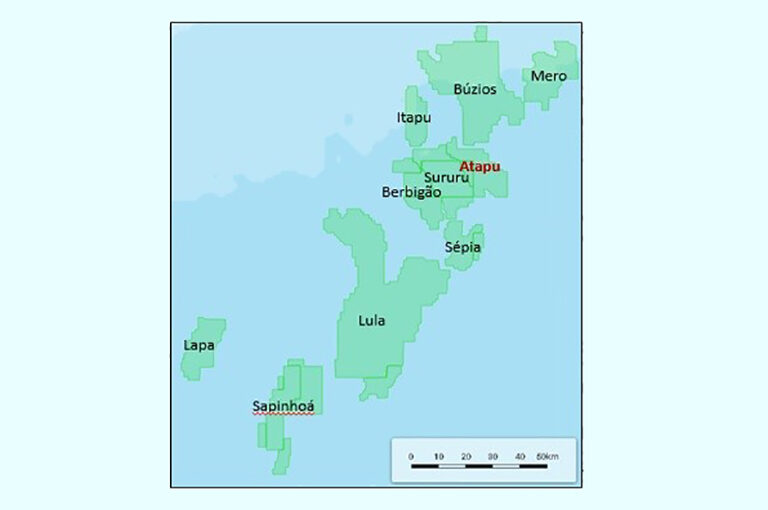 Petrobras started production of oil and natural gas from the shared deposit of Atapu, through platform P-70, in the eastern portion of the Santos Basin pre-salt, near the Búzios field offshore Brazil.

The platform is the fifth floating, production, storage, and offloading (FPSO) of the series of replicants; it can process up to 150,000 B/D and treat up to 6 million m3 of natural gas. The unit will operate in a depth of 2300 m, with an interconnection of up to eight producing and eight injection wells.

With continued developments on the Iara, Mero, and Lapa projects, Brazil’s group production should reach 150,000 B/D by 2025, Total’s President of Exploration and Production Arnaud Breuillac said.