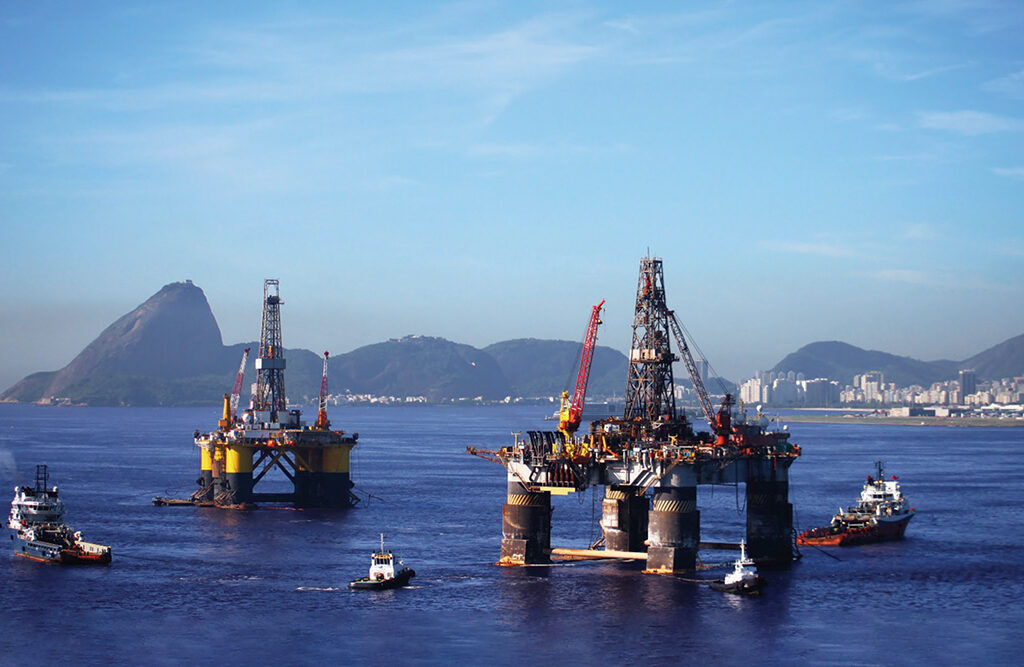 After 6 years of using its custom-built drilling advisory system, Brazilian oil and gas company Petrobras has become increasingly confident in the technology’s abilities to help prevent many of the complex problems that challenge pre-salt drilling operations.

Between the summer of 2014 and the end of 2019, the company credits the software innovation with the prediction of more than 100 drilling issues ranging from stuck-pipe events to drillpipe leaks. Petrobras said the early warnings prevented an additional 150 days of deepwater drilling which amounts to $130 million in savings, in a new paper (SPE 199077) published in July during the SPE Virtual Latin American and Caribbean Petroleum Engineering Conference.

André Leibsohn Martins, a senior consultant with Petrobras, emphasized that the headline figure is “only from diagnosis” of drilling problems and does not include gains Petrobras has made in terms of optimizing the drilling process. More details on that front may be forthcoming since he said the operator is expanding the capabilities of the software to launch a full-fledged drilling optimization campaign next year.

The next stop on the roadmap will be a fully automated system that will control the company’s drilling operations. Martin said the current monitoring-and-advisory system outlined in the paper he coauthored with several colleagues represents “the brain” of that system. “We have all the tools and the methods to create the logics for automated drilling, which will come in the very near future,” he said.

As much as it portends what is to come, the paper also serves as a reminder that the digital transformation of the oil and gas industry is not so new.

The groundwork to create the current advisory system was laid in 2004, 2 years before Petrobras’ first pre-salt discovery was made in the Lula Field of the Santos Basin which produced over 1 million B/D in 2019. Today, virtually all the company’s wells are drilled in the challenging pre-salt reservoirs with the assistance of the software.

Speaking to the past, Martin reflected on the drivers that led to the current iteration. Chief among them was the need to address the misuse of real-time drilling data. “We had a lot of sensors, and we are paying for the sensors, and we had to rely on subjective decisions based on personal experience,” he explained. After acknowledging this as a performance limiter, “we started to think about the digital twin and how we would implement that.”

Other problems Petrobras faced when the project kicked off last decade included the fact that the rank and file on its deepwater rigs were young and therefore lacked the experience to catch drilling issues early on. These factors, on top of the high cost and risks of deepwater exploration, committed Petrobras to what is now a 16-year journey to realize the benefits of digitization.

The system came into its own in 2014 when Petrobras staff began 24-hour monitoring of the real-time drilling diagnostics from an onshore support center. Previously, while the software monitored rig conditions around the clock, there was no one to monitor the software and issue recommendations during off hours.

But it was during non-business hours that two-thirds of the detected problems arose. Thus, the decision was made to adopt 24-hour operations so that the results of the diagnostics would flow uninterrupted to the rigs. Since then, the software and support center staff have helped deliver more than 300 subsea wells. At any given time, the system monitors between 8 to 10 active drilling rigs.

The most common sources of nonproductive time the system detects early involve pump problems, fluid loss, and pipe washouts, or hole enlargements caused by leaks. Other features include applications to help diagnose and recommend actions for gas kicks, hole cleaning, and casing wear.

The software development was steered by Petrobras but done with the help of others including Brazilian industrial software firm Engineering Simulation and Scientific Software, several employees of which are listed as coauthors of the paper.

Petrotechnical research from Brazilian universities was also used to encode human learnings into some of the system’s machine-learning models, including one used to predict stuck-pipe issues caused by the salt formation deforming around the drillpipe. Known as “salt creep,” Martin described it as a problem that escalates quickly.

“This is a specific case of a hybrid approach,” he said of the model which relies on the history matching of every salt formation Petrobras has drilled through, in addition to the prerequisite advanced analytics.

Confidence in the hybrid model is high enough that it has replaced Petrobras’ older models used to calculate the mud weights needed to maintain wellbore integrity; ones Martin said are now considered “very conservative” in comparison.

Believe It or Not 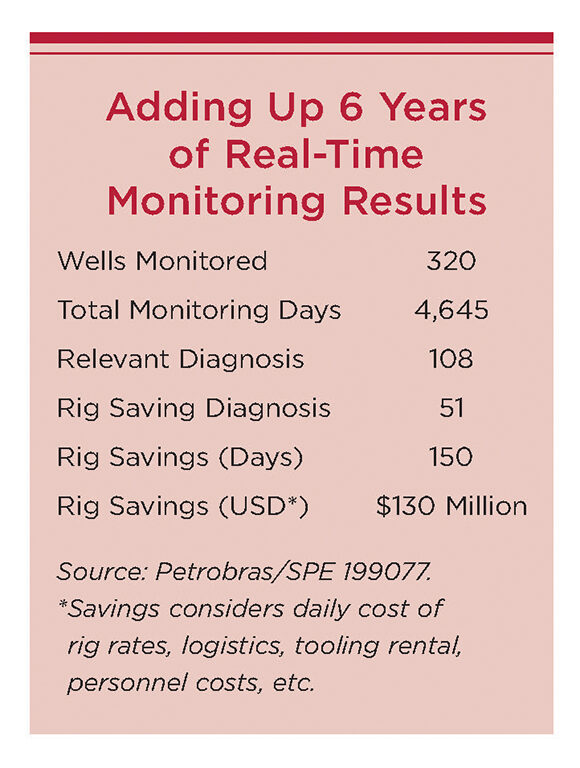 A key element of the software is the digital twin concept which ingests real-time data and compares them against simulated drilling conditions to identify when trends are pointing to an impending problem. The various models that run in the background generate constant estimates on parameters such as drilling hydraulics, cuttings transport, torque and drag, and vibration.

When the software finds a significant divergence from expectations, operators in the remote center communicate the diagnosis and recommend remedies to rig operators who must then decide whether to accept them.

This workflow is commonplace today for many deepwater operators, but as the Petrobras experience shows, success is not guaranteed or obvious at the start of such transitions.

Martin shared that while some worried about being made obsolete, other drillers did not trust the software when it was introduced. “And of course, the application is not born perfect; you have to calibrate and use all the experience of the people,” he said.

An example of the advisory system’s ability to overcome the cultural barrier came soon after the 24-hour monitoring operations began.

The first major problems it helped prevent involved two washouts that happened in the same well just a few days apart. Detecting the early-warning signs allowed the drillers to pull out of hole and locate the washout. Missing those signs would have risked a rupture of the drillstring and several days of fishing.

In the first instance, the software warned of a possible washout taking place as soon as it detected a pressure drop deviating from its simulated pressure curves. However, operators on the rig initially disagreed and concluded that the pressure drop was the result of a fluid treatment. About 20 minutes later, the onshore team called the rig again to warn that they were confident in the software’s assessment of a rather expensive problem forming downhole.

The rig crew agreed to stop drilling and pulled the drillstring up to surface. As they inspected the pipe, they found a 10-cm crack in one of the drilling collars, large enough to account for the pressure changes seen earlier. The issue was fixed and drilling resumed.

A day later, the software detected another anomaly and the support center called the rig once again.

It was another slow pressure drop. Onboard the rig, the mud engineer reasoned that the pressure drop may have been due to a decrease in drilling speed. The software had accounted for rate of penetration though, and the drillstring was once again pulled up to surface. This time the source of the washout was a reamer unit which had developed a small hole.

The paper notes other examples where the advisory software expected the unexpected. In several cases, the drilling crew extrapolated the warnings to come up with unique solutions—foreshadowing the potential for the system to be broadly used for drilling optimization.

While monitoring a hole cleaning, the advisory system alerted operators that the job was going poorly. Unbeknownst to the crew, problematic solids were forming downhole, which at one point led to a sharp torque of the drillstring.

Mud engineers and chemists eventually figured out that recalibrating the drilling-fluid rheology every 3 hours would control the issue and prevent a time-consuming stuck-pipe event. “It is noteworthy that the problem had not been detected until the diagnostic made by the application,” the authors wrote.