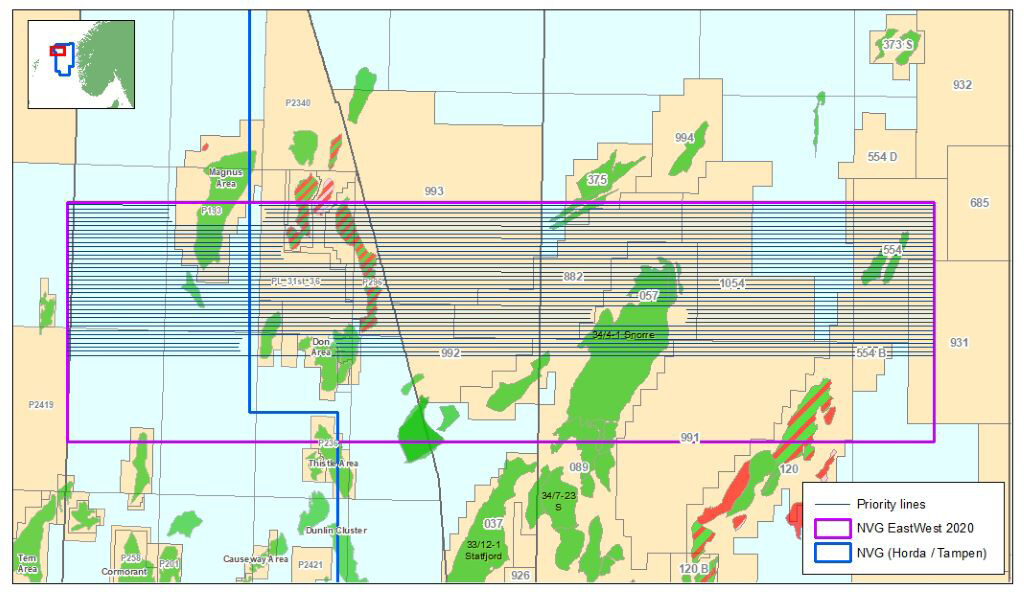 The survey will acquire approximately 2,000 km2 of additional data in an east-west direction, which will be processed with existing north-south data to produce a dual-azimuth volume. The added azimuth will improve the imaging of multidirectional fault patterns prevalent in the region. Improved resolution will help resolve complex and marginal reservoir stratigraphy.

The new survey is the first in a planned multiyear project, leveraging strategic partner Shearwater GeoServices. It also builds on CGG’s 44,000 m2 of existing coverage in the Northern North Sea to further the de-risking ­of the existing fields and unlock the potential of new plays, near stepout opportunities, and stranded fields.