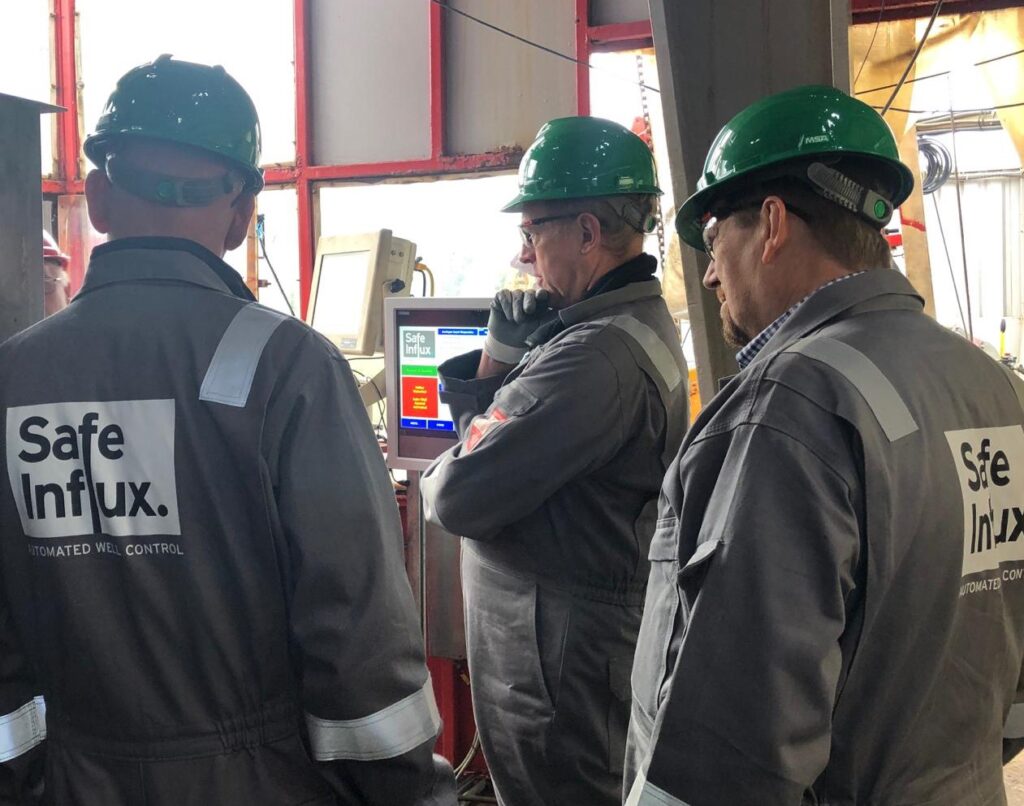 The first field test of a new well control system on an onshore test rig in Aberdeen. Source: Safe Influx.

Founded in 2018, Safe Influx completed the first field trial of its new well control technology late last year on a Weatherford-owned test rig in Aberdeen. In addition to the ability to retrofit existing assets, the trial done on the 40-year old rig proved the interoperability between the two company’s distinct technologies.

Safe Influx says its automated well control system reacts to gas kicks and executes shut-in actions up to five times faster than traditional human interfaces, resulting in more manageable well control events. After the first field test, the company reported that the automated system was successful in detecting an influx and automatically stopping the mud pumps and topdrive while activating the blowout preventer.

Weatherford’s MPD technology has been used around the world for decades to drill wells with so-called “narrow pressure windows” which makes them prone to fluid losses—a major risk factor for drilling operations.

In recent years though, next-generation MPD technology has seen greater uptake, especially in offshore operations. This is partly thanks to a growing acknowledgement that MPD’s ability to control bottomhole pressures while dealing with gas influxes at the surface improves safety and reduce nonproductive time on challenging wells.