While the next step in the approval process by the federal government is under way, Santos will plan for workover activities on existing wells. Once all approvals are in place, a 12- to 18-month appraisal drilling program, including expansion of a water-monitoring network will follow to plan for the phased development of the project. Santos already has appraisal wells feeding the Wilga Park Power Station powering the equivalent of 32,000 households in northwest NSW. 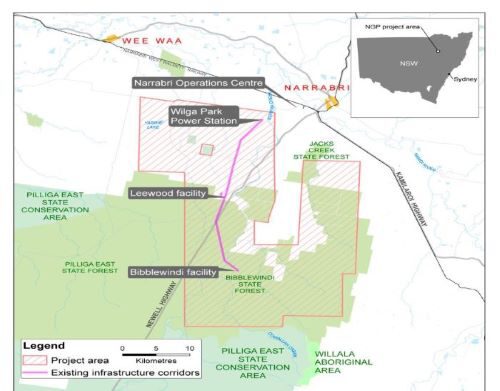 Since 2011, Santos has spent more than $1.5 billion acquiring, appraising, developing, and operating gas assets in the Narrabri region, said Kevin Gallagher, the Santos managing director and chief executive officer while addressing the IPC in July. The project can supply up to half of NSW’s natural gas demand, according to Santos.

Gas from the project located 320 miles northwest of Sydney will be made available to the NSW market via a pipeline linking into the existing Moomba to Sydney pipeline. The pipeline will be constructed and owned by APA Group and be subject to a separate approvals process.

The project was referred to the IPC in June. The company said it accepts the conditions proposed by IPC and will work with the Federal Department of Agriculture, Water, and Environment, to gain approval from the Federal Minister for the Environment under the EPBC Act and other subsequent approvals.