Dutch oil major Shell is looking to further develop its North Slope oil position in Alaska. The company’s offshore unit applied to form the West Harrison Bay Unit offshore from the National Petroleum Reserve–Alaska with plans for drilling and exploration.

The company is identifying partners to share in the risk and costs, with plans to drill exploration wells in the West Harrison unit with at least one sidetrack each in 2023 and 2024.

Because economic uncertainty from the pandemic and oil-price crash made negotiations difficult with potential partners, Shell requested the initial West Harrison Bay exploration plan to be for 5 years to allow enough time to find a partner and improve its plan.

The wells would target the ­Nanushuk oil formation first identified by the Repsol-Armstrong Energy partnership in the Pikka Unit. The shallow, conventional formation also forms the basis of ConocoPhillips’ large Willow oil prospect to the south of Harrison Bay and is believed by many in the industry to be prolific across much of the western North Slope.

Shell has been operating in Alaska since the 1950s when it began exploration in the Cook Inlet Basin. It acquired the West Harrison Bay leases in 2012, and redirected focus to the leases in 2017, generating five standalone prospects in the Nanushuk and multiple leads in the Torok formation and ­Jurassic Alpine-like plays.

Hess Corp. sold its stake in the Shenzi development to BHP for $505 million to help pay its share of the cost of developing discoveries offshore Guyana.

For Hess, it is an opportunity to raise money to develop discoveries where the potential reserves and the cost are both reaching epic proportions.

The number of discoveries on the Stabroek Block, which is operated by ExxonMobil, has reached 18, increasing the potential of the huge block of the South American country with an estimated 8 billion bbl of recoverable resource.

Equinor issued a letter of intent to Odfjell Drilling and its semisubmersible rig Deepsea Aberdeen for the drilling of 15 wells for the Breidablikk Group, which recently submitted the plan for development and operation. Drilling is scheduled to start in spring 2022 with the campaign estimated to last through autumn 2024.

Estimated field recovery is around 200 million bbl, and investments will be around $2 billion (NOK 18.6 billion).

The agreement includes options for drilling an additional nine wells before continuous optionality applies. The ­estimated value of the fixed part of the agreement is $290 million.

The license partners in Breidablikk are Equinor (operator), Petoro AS, Vår Energi AS, and ConocoPhillips Skandinavia AS.

Petrobras began negotiations with SBM Offshore to contract the floating production, storage, and offloading (FPSO) Almirante Tamandaré to be installed in the Búzios field in the Santos Basin.

The FPSO will be the sixth production system of the field, with startup expected 2H 2024. It will also be the largest oil-production unit operating on the Brazilian coast and one of the largest in the world with daily processing capacity of 225,000 bbl of oil and 12 million m3 of gas.

The other two units to be installed in Búzios, FPSOs P-78 and P-79, will have the capacity to process 180,000 B/D of oil and 7.2 million m3/D of gas and are expected to start operating in 2025. The two units are the result of Petrobras’ strategy to develop new platforms incorporating lessons learned from the contracting and construction of FPSOs already installed.

BP, in partnership with OQ, PETRONAS, and the Ministry of Energy and Minerals in Oman, announced in mid-October that production had begun from the Block 61 Phase 2 Ghazeer gas field, 33 months after the development was approved.

Ghazeer was initially expected to come into production in 2021. The first phase of development of Block 61—Khazzan—was brought online in September 2017.

Total production capacity from Block 61, comprising both Khazzan and Ghazeer, is expected to rise to 1.5 Bcf/D of gas and more than 65,000 B/D of associated condensate. With an estimated 10.5 Tcf of recoverable gas resources, the block has the capacity to deliver approximately 35% of Oman’s total gas demand. The block is one of the Middle East’s ­largest tight-gas accumulations, in which gas lies at depths of up to 5 km in narrow bands of hard, dense rock.

Zion’s Israeli operations have set the MJ2 conductor pipe to a depth of 110 ft. Cellar construction and additional finalization work continues at the site in preparation of the rig arrival and spud. Zion will use the same pad as the MJ1 well, which was determined not to be commercially viable in late 2018. 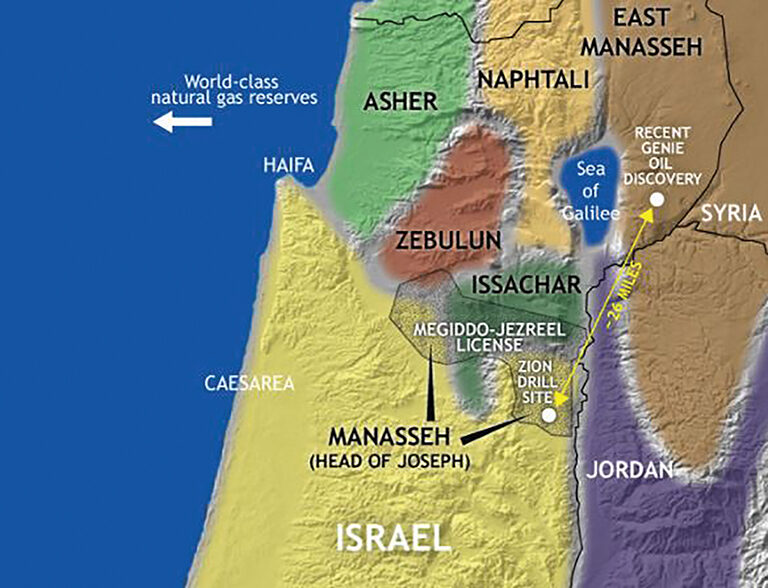 Warrego Energy, along with its 50/50 joint venture partner, Strike Energy, spudded its second well, West Erregulla 3 (WE3), on the EP469 concession in the Perth Basin onshore West Australia.

It is the second well to be drilled since the WE2 well was drilled last year. WE3 is the first of a three-well appraisal drilling campaign on the field located within the concession.

WE2 was spudded in June 2019 and drilled to a total depth of 5100 m, the deepest well drilled in onshore Australia; flow tests achieved a maximum flow rate of 69 MMscf/D. This well discovered material gas accumulations in three formations: the basal Wagina Sandstone, the Kingia Sandstone, and the High Cliff Sandstone. In November 2019, Warrego released an initial 2C Contingent Resources estimate of 1,185 Bcf for the Kingia and High Cliff sandstones. Based on this resource estimate, the joint-venture partners believe the field to be one of the biggest conventional gas fields discovered in onshore Australian history.

Trinidad and Tobago (T&T) announced the drilling of the Broadside exploration well in Block TTDAA 3 within BHP’s Southern Deepwater Acreage in September.

Once it encounters its first target at a measured depth of 20,537 ft, the well may be deepened to test two further targets. If executed, the well will be the deepest ever drilled in T&T, exceeding 20,000-ft total vertical depth below the mudline.

The well will test the oil play within the Southern Deepwater blocks, which include TTDAA 3, 5, and 6. If the finds of the Broadside well are promising, further exploratory drilling may be planned in nearby blocks.

To date, BHP’s proven reserves stand in the range of 3.5–5 Tcf, with probable reserves of 1.5 Tcf.

BHP has applied to the Ministry of Energy and Energy Industries to enter the market-development phase for deepwater Blocks 23(a) and TTDAA 14. If found to be economic, first gas could be as early as 2026.

Drilling in BHP’s shallow-water Ruby oil and gas field development is expected in Q4 2020. Scheduled to come on stream in November 2021, peak production is expected to be 16,000 BOPD and 80 MMcf/D of gas. Estimated recoverable resources are 13.2 million bbl of oil and 274 Bcf of natural gas.