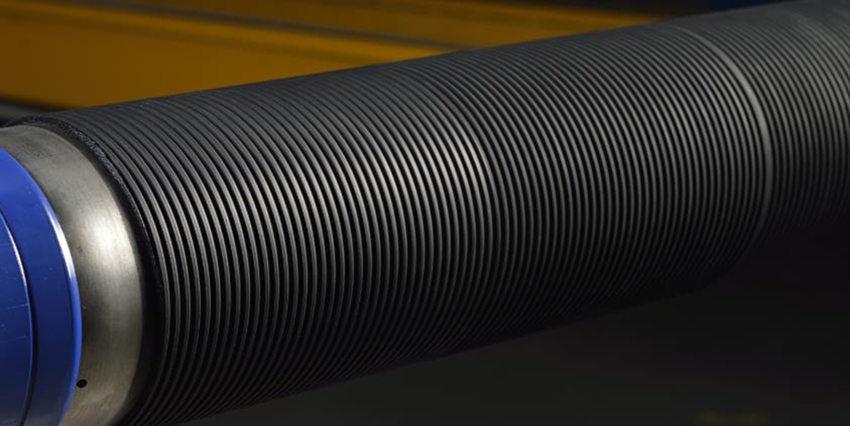 Saudi Aramco recently showed off a pair of innovations for gas-well completions, offering a look at its take on unconventional development.

Saudi Aramco’s program to develop its unconventional gas plays has paid close attention to US development methods, but over the years spent moving its massive gas program to commercial production, it has developed its own ways of doing it.

The packer developed with Schlumberger is an example of why that was necessary. “We can place packers where before it was not possible,” said Rommel Arias, an upstream tech support advisor for Saudi Aramco who presented the paper.

He was referring to wells 18,000 ft or more deep with temperatures around 300°F. Those wells required a packer rated to handle 10,000 psi in order to inject acid in the high-pressure zones where the temperature exceeds the limits of most elastomers used for downhole plugs.

These devices also must be highly expandable to reach well walls pockmarked by washouts during drilling. This design can expand from a diameter of 5.5 in. to as much as 6.5 in. when run, and the metal needs to be ductile enough to conform to the irregular, oval-shaped holes.

Their solution was to make the expandable metal sleeve out of a high-performance nickel alloy, chosen because it is highly corrosion-resistant with an elastomer coating bonded to the metal.

The design choices push the limit of mass-produced packers used in North American shale plays, so Aramco turned to Schlumberger to develop what it said is the first-ever metal expandable packer (SPE 201647).

Arias did not mention the price, but said Aramco is expecting that openhole completions will improve production and save money by avoiding cementing and the wireline runs needed for the plug-and-perf methods used in the US.

It also expects more-productive wells by stimulating the uncemented rock in the high-dolomite reservoir using a technique based on its deep knowledge of acid stimulation.

The paper described a 55-minute packer expansion process, where a series of small, high-pressure volumes of fluid were pumped into the packer to increase the pressure in stages, starting at 5,000 psi and ending at 8,000 psi after 55 minutes.

During the test, they took great care in picking the landing spot.

A reamer was run after the 5.78-in. hole was drilled and a dummy bottomhole assembly was run to identify tight spots. After that, the well walls were measured using “two sets of four-arm mechanical caliper logs.” Those measurements were used along with data on the most-productive rock when setting the stage boundaries.

Finding suitable spots for packers was difficult along the nearly 5,000-ft lateral “due to the significant washouts seen in the caliper log throughout the lateral.” Arias noted there are wells where the walls are so irregular that cementing and plug-and-perf wells are required.

The original plan was to find 30-ft-long sections where the maximum hole diameter is 6.6 in. but based on the caliper data, they lowered the limit to 20-ft sections for the packer, whose sealing element is 8 ft long.

The paper reported a successful field test and Arias said they were looking forward to using the new packer elsewhere to “minimize the risk” of deploying packers.

Sour wells are a common problem in Saudi Arabia.

The chemistry of wells with concentrations of destructive chemicals, such as hydrogen sulfide and acids used for fracturing, severely shortens the life of steel tubulars and other hardware.

There are high-performance alloys formulated to resist damage, but the cost of miles and miles of downhole hardware made from those high-cost metals is beyond the budget of even Saudi Arabia’s national oil company.

The use of pipes made of “super alloys is limited because of cost,” said Wisam Assiri, a Saudi Aramco petroleum engineer. He delivered a paper about a project testing methods to bond a thin layer of the corrosion-resistant nickel-chromium-based alloys over the surface of steel components (SPE 201617).

The company is trying to expand the not-new idea of using lasers to tightly fuse high-performance materials onto steel parts.

The paper focused on a 3-month test where samples of steel, with and without alloy coatings, were placed in highly sour wells.

When they were pulled out 3-months later, alloys, such as Inconel 625 and Hastelloy C-276, were hardly affected by fluids with up to 35,000 ppm of hydrogen sulfide. In comparison, a T95 steel sample showed signs of erosion and a black tinting. Laboratory testing showed corrosion and some sulfur in the iron, which in enough quantity can cause the metal to become brittle and crack.

Aramco’s test showed its cladding method can protect steel on a small scale. Now, the challenge is to show it can be an effective and cost-efficient method for use on a large scale. 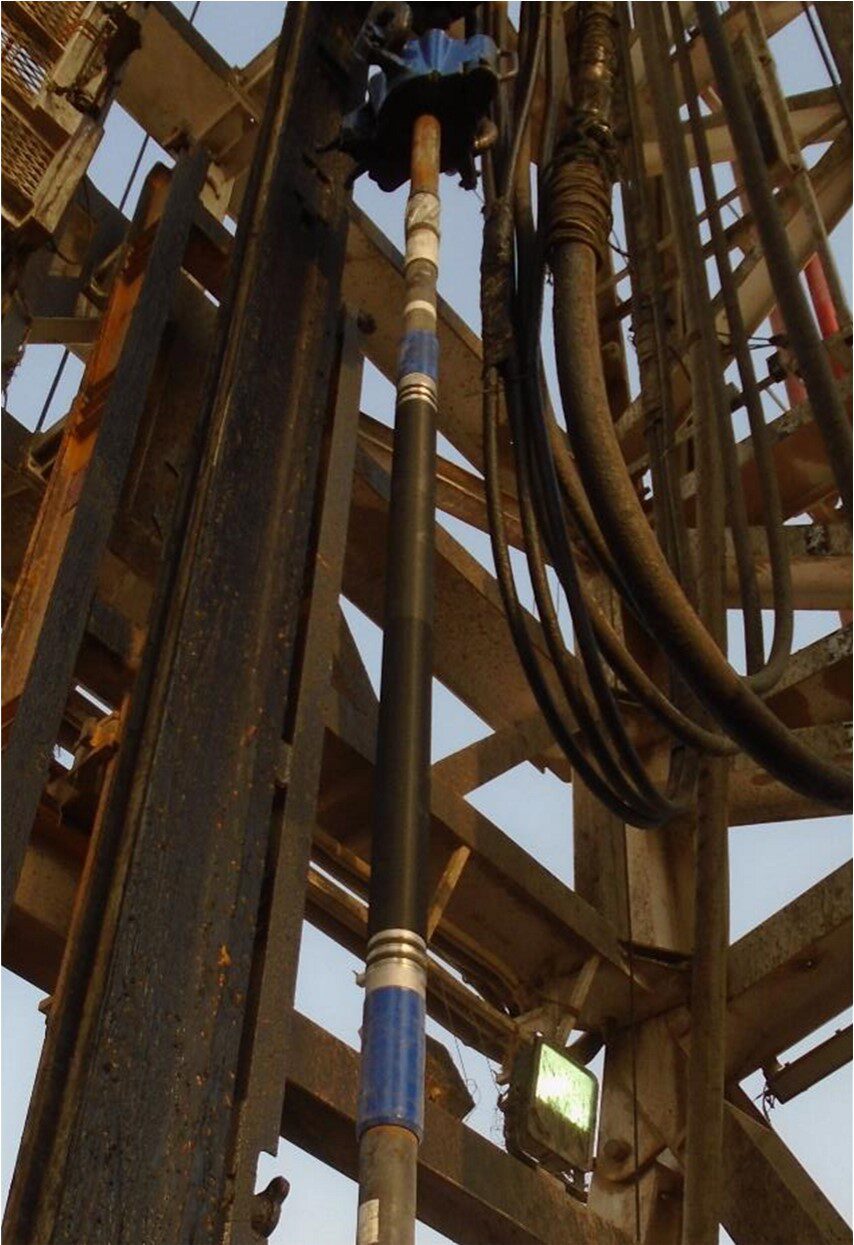 The black section is the expandable metal sleeve covered by an elastomer which is bonded to the corrosion-resistant alloy. Source: SPE 201647.

The first delivery of shale gas in the UAE marks a major milestone toward its goal of reaching 1 Bcf/D by 2030. It also signals the expansion of hydraulic fracturing in the UAE’s conventional fields.

Engineers thrive on making more from less, and this month’s paper selections highlight efforts to improve the efficiency of gas-production operations throughout the world.