Accurate Wellbore Placement: Why It’s a Critical Skill for the Evolving Industry
If a well is placed in a hydrocarbon production zone accurately the first time, there is less risk to personnel, less impact to the environment, and a better return over the life of the well for the operator.

Do You Really Need Steel Pipe?
A partnership between Saudi Aramco and Baker Hughes will build a plant where they will work to expand the uses of nonmetallic oilfield hardware, beginning with high-performance reinforced plastic pipe.

Santos Seals Deal With Mitsubishi for Barossa’s LNG
The agreement has Santos selling 80% of its share of expected gas from the project to Mitsubishi’s Diamond Gas International.

Pioneer Becomes Latest Permian Giant To Set Low-Carbon Targets
What is to become the largest shale producer in the Permian Basin is stepping up its efforts to curb emissions and has shared new details in its annual sustainability report.

Chevron’s $14-Billion Budget Prioritizes Kazakhstan Over Permian Basin
The supermajor said that it hopes to complete a megaproject in Kazakhstan before rerouting future spending to the Permian Basin and other developments.

Schlumberger Teams Up With Two AI Firms
The agreement signed by Schlumberger, AIQ, and Group 42 is designed to develop and commercialize artificial intelligence for global exploration and production.

Eni Buys Into World’s Largest Offshore Wind Farm
The Italian oil and gas major has taken on a 20% stake in the first two phases of the project, which ultimately will be run by Equinor.

Ubiquitous Sensing Network Allows Continuous Monitoring and Quantification of Methane Emissions
This paper presents a ubiquitous sensing network that has been developed, tested, and piloted at several oil and gas facilities as well as at an in-house simulated wellsite. The system integrates wireless methane sensor nodes, weather sensors, and other edge devices for autonomous operation.

Three Interview-Winning Ways To Build an Effective LinkedIn Presence
From job searching to connecting with prospective employers, LinkedIn is a vital and necessary part of building an online presence that matters for career progression and professional growth.

Oman Establishes New State Energy Company To Raise Money From Its Largest Oil Block
The move will give the new entity shareholding in PDO and remove PDO’s oil and gas expenditures from Oman’s state budget.

OPEC+ To Relax Historic Crude Cut by 500,000 B/D in January
Under the group’s historic April agreement, the easing of voluntary cuts would have been 2 million B/D, which would have been too much for markets to absorb.

ADNOC Completes First Phase of Artificial Intelligence Predictive Maintenance Project
The Abu Dhabi National Oil Company announced that it has completed the first phase of its large-scale multiyear predictive maintenance project, which aims to maximize asset efficiency and integrity across its upstream and downstream operations.

Matrix Analyzes Environmental and Social Aspects of Oil and Gas Projects
This paper presents a novel matrix to identify environmental and social elements relevant for the development of oil and gas projects. It also proposes a useful traffic light and multivariate analysis methods for the evaluation of these elements. 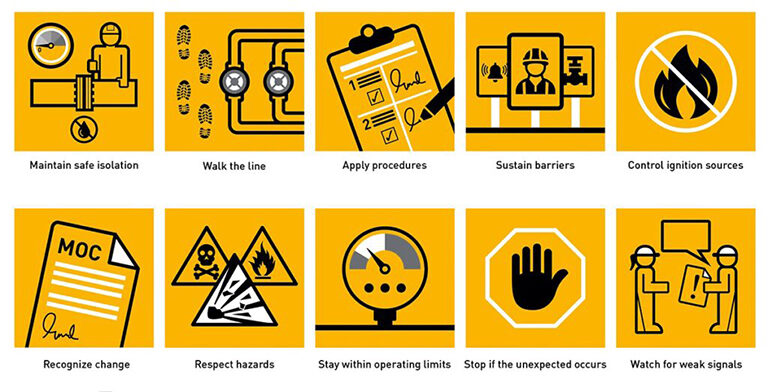