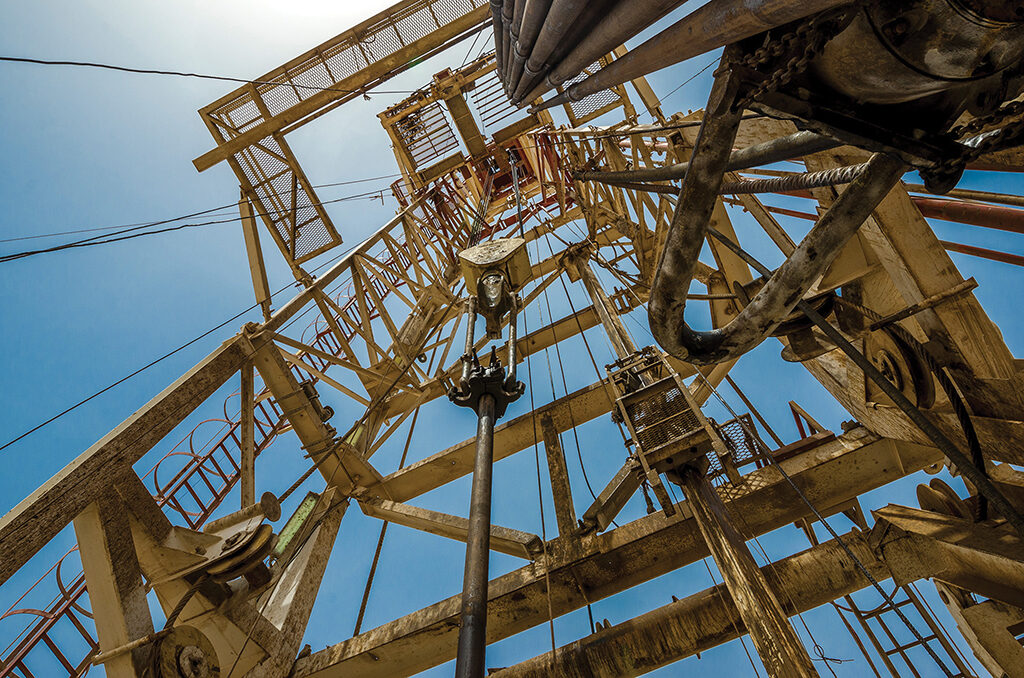 An inside view from the drilling floor of a rig in the UAE where oil production capacity topped 4 million B/D this year. New technologies are being deployed to boost that figure by another million bbl by 2030. Source: ADNOC.

In the midst of an industry downturn last year, the Abu Dhabi National Oil Company (ADNOC) reached a new oil production ceiling of 4 million B/D. The UAE’s largest producer has no intentions of slowing down.

By decade’s end, ADNOC expects to have raised its maximum daily output by another million barrels.

To cross that milestone, the company has set its sights on mastering the tight, thin, and unconventional formations that dot the UAE’s subsurface landscape.

One of the places where such developments are hoped to unfold soon is known as Field Q.

Found in southeastern Abu Dhabi, Field Q sits above a tight carbonate reservoir that holds an estimated 600 million bbl of oil. But with a permeability ranging from 1 to 3 millidarcy and poor vertical communication, the reservoir and its barrels have proven difficult to cultivate economically—until recently.

ADNOC has published new details of its first onshore pilot of a “fishbone stimulation” that involved using more than a hundred hollow needles to pierce as far as 40 ft into the reservoir rock. The additional drainage netted by the fishbone needles boosted production threefold in the test well, as compared with its traditionally completed neighbors on the same pad.

A recent datathon and the team that took home the grand prize help paint a picture of both the industry’s’ digital transformation and how oil and gas engineers are embracing it to navigate uncertain times.