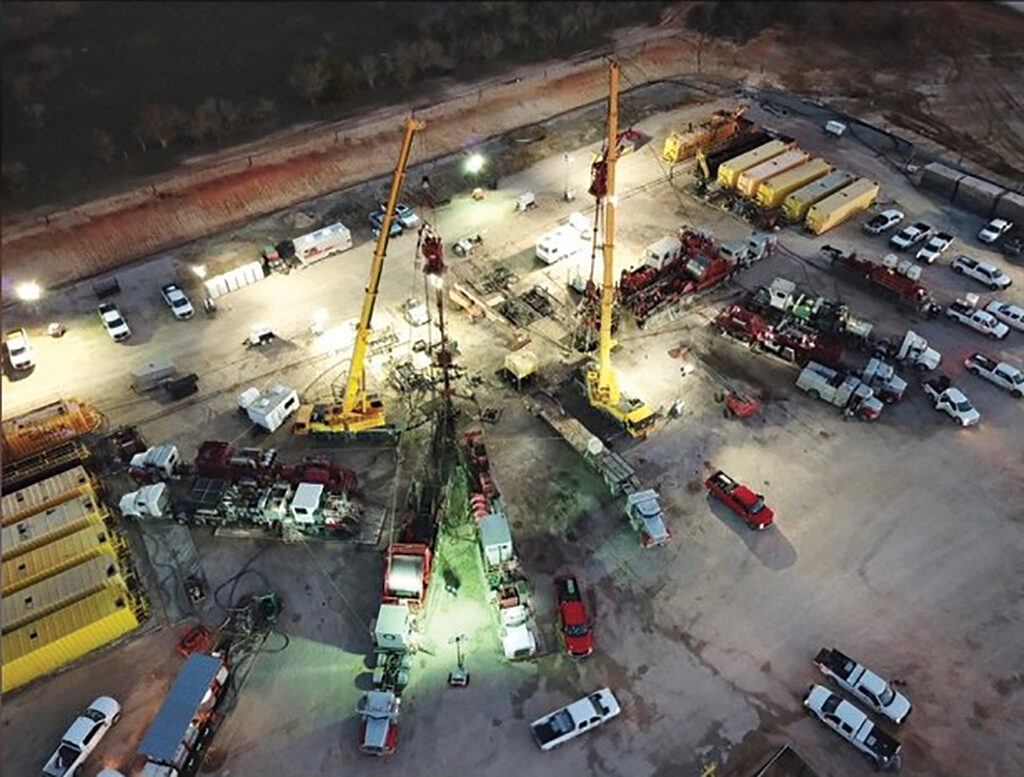 By investigating the cause of casing damage during fracturing, Chesapeake largely eliminated problems in wells later fractured nearby. Source: Chesapeake Energy.

The snarled red lines on the chart look more like a plate of spaghetti than a source of fracturing insights.

It looks like a meaningless mess, which is generally how the ups and downs of difficult stages are viewed.

To Adam Hoffman, a completion engineer for Chesapeake Energy, those 47-stages-worth of data look like a valuable opportunity.

“We see so many stages with so many odd spikes and drops or chatter. We chop it off and say that was an odd stage. In my mind when we are looking at all those stages, we should wonder, ‘what was that pressure spike telling us,’” he said.

That curiosity became a research project after Chesapeake encountered a spate of blockages in recently fractured Eagle Ford wells. The investigation into the cause of the casing damage led to a collaboration with Well Data Labs to look for connections between pressure changes and what is happening in the wells.

Based on hundreds of stages of data from 19 wells fractured in the Eagle Ford, and later in the Powder River Basin, they reported finding a distinctive pressure signature that provides a reliable, but not foolproof, guide to when casing damage is likely.

Well Data labs has automated the search for those signatures as it looks for the meaning of the terabytes of fracturing data in this overwhelming number of seemingly random, squiggly lines.

The oilfield data and software company is working on ways to monitor changes in the fracturing-fluid chemistry, the proppant intake into perforations, and an explanation for the pressure spikes seen before the pressure falls, said Jessica Iriarte, research manager at Well Data Labs.

With only around 30 installations worldwide, ADNOC’s onshore team has seen enough results from its first “fishbone” stimulation to embark on a 10-well program that will decide a full development scheme.