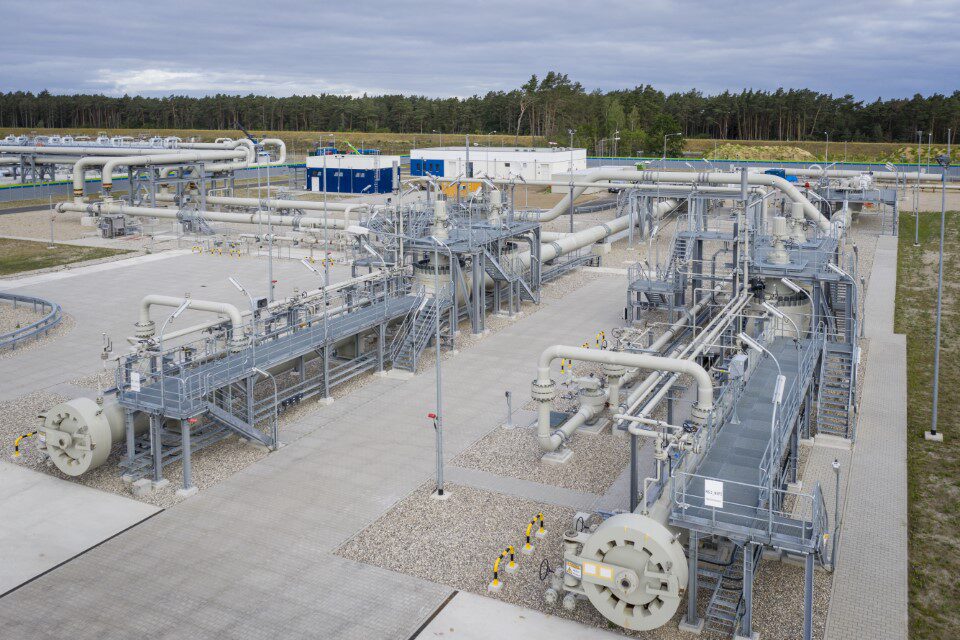 The pipeline inspection gauge receiving station for the Nord Stream 2 pipeline has been operational since the end of 2019 at the German landfall in Lubmin. All necessary preparations for commissioning have been completed. Source: Nord Stream 2/Axel Schmidt

DNV GL is withdrawing from the Nord Stream 2 gas pipeline in response to a possible widening of US sanctions against companies conducting pipeline testing, inspection, or certification services for the project to bring more Russian gas to Europe.

The Norwegian provider of pipeline safety and technical verification services announced its withdrawal 4 days after the US Senate voted on 1 January to override a presidential veto of the US National Defense Authorization Act (NDAA). The act threatens new sanctions against companies servicing pipe-laying vessels or otherwise assisting Nord Stream 2 in meeting its goal of carrying first gas by mid-2021.

Russia’s Gazprom leads the Nord Stream 2 consortium which includes Germany’s Uniper, BASF’s Wintershall Dea, Anglo-Dutch Shell, Austria’s OMV, and ENGIE. The $11.6-billion project to double the capacity of the existing Nord Stream pipeline is nearly 90% complete with only a final 150-km stretch of pipe left to be laid in deep water offshore Denmark.

Given that Gazprom may require international assistance to lay pipe in deep water quickly, US policy makers hope sanctions can deliver a knockout blow to the project for at least the near to medium term given that the NDAA continues the 2019 Protecting Europe’s Energy Security Clarification Act prohibiting assistance in laying of pipe at depths of 30.5 m or more below sea level for Nord Stream 2.

While the US continues to sound the alarm that Europe will compromise its energy security by increasing its reliance on Russian gas, Russia asserts that US sanctions are less about politics and more about economics; the US simply wants Europe to buy more US LNG, policy makers in Russia and in some European countries assert.

Existing US sanctions have already delayed construction for most of 2019 and are estimated to have added $1 billion to the cost of building Nord Stream 2, and together with a possible new round, could affect more than 120 companies from 12 European countries, Reuters reported.

Nord Stream 2’s operators have options, but even more delays are inevitable. Gazprom can retool its ships for deepwater work, and it continues to assert it will lay pipe in Danish waters beginning on 15 January. But DNV GL’s exit presents a bigger problem: while it is possible to engage another certification company, this will require updating the Danish permit. The current permit states that DNV GL will issue required certificates for Nord Stream 2 in Danish waters.

Meanwhile, the German state of Mecklenburg-Vorpommern is attempting to influence the situation by appropriating public money to create a foundation supporting completion of Nord Stream 2. Reuters reported that state premier Manuela Schwesig told reporters in Schwerin on 6 January that a local coalition, made up of Chancellor Angela Merkel’s conservatives and Social Democrats, are behind the move.

Two similar foundations were formed to complete Nord Stream 1, with the stated aim of boosting renewables and including gas as a bridging technology toward cleaner fuels. German policy makers supporting Nord Stream suggest that such a state-funded foundation might shield companies involved in construction and operations of the pipeline from US sanctions by acquiring, holding, and releasing necessary hardware in its name.

A systematic approach to ensure quality assurance is intended to build confidence and accelerate the uptake of digital twins.

The complete paper presents a set of two- and three-phase slug-flow experiments conducted in a 766-m-long, 8-in. pipe at 45-bara pressure.