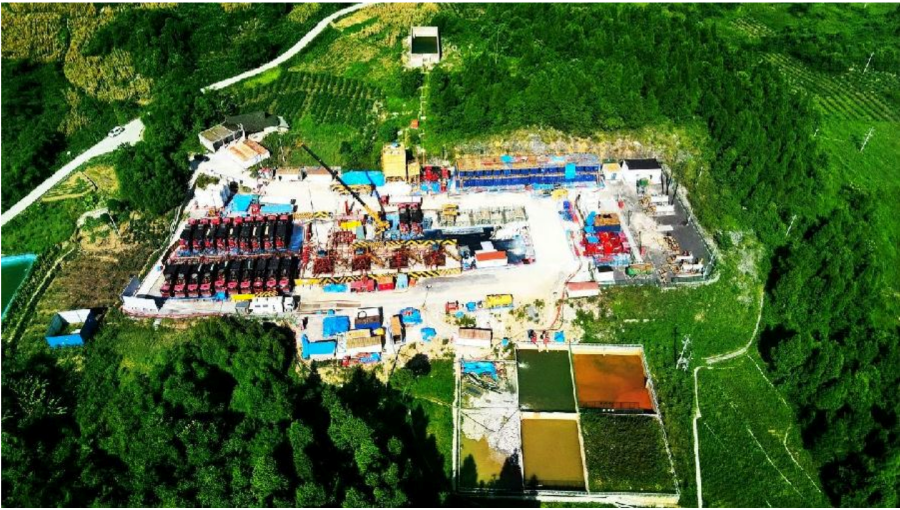 Located between the cities of Neijiang and Zigong in the southeastern quadrant of Sichuan, Weirong produces 3.5 million cubic meters (Mcm)/D and boasts an annual production capacity of 1 Bcm per year, according to Sinopec. Proven reserves are said to total 124.7 Bcm at an average well depth of 3,750 m.

Sinopec said it drilled 56 wells attached to eight drilling platforms in the first phase of development, which began in late 2019. The state-owned major will now proceed with Phase 2 with plans to boost Weirong’s annual output capacity to 3 Bcm in 2022, a level of production believed to be sufficient to cover the fuel demands of 16 million households.

In recent weeks, China’s national energy producers have been ramping up natural gas supplies–both domestic production and imports—to meet a surge in demand from robust post-pandemic manufacturing activity and a colder-than-usual winter.

The Weirong field is China’s second largest shale-gas development, after the Fuling field, China’s first major commercial shale-gas project, lying to the east near the city of Chongqing. In November, Sinopec recorded China’s highest-ever daily output of shale gas at 20.62 Mcm at Fuling which feeds the Sichuan-East gas pipeline and meets the daily gas demand of 40 million households, according to Sinopec’s website.

Since the beginning of 2020, operations at Fuling have continued nonstop despite the COVID-19 outbreak, resulting in a record 3 million m drilled, as construction of production infrastructure kept pace to support new production capacity. According to Sinopec, the Fuling shale-gas field now maintains a stable daily output of 20 Mcm, producing an estimated 6.7 Bcm of shale gas over a full year.

A 2013 US Energy Information Administration study noted that China possesses the world's second largest technically recoverable shale-gas resources at an estimated 1,115 Tcf; the US is first with 1,161 Tcf. China is one of only four countries (including the US Canada, and Argentina) that produces commercial volumes of both shale gas and of tight oil.

Sichuan is believed to contain half of China’s shale-gas reserves; the remainder is found in the Tarim and Yantze basins. China’s shale-gas production though has been stymied by a lack of efficient technology and production infrastructure. As a result, China in 2020 is expected to have produced less than half of the 30 Bcm per year in shale gas that the government set as a goal in its latest Five-Year Plan.

The complete paper describes the first implementation of a solution to control fracture height for conventional wells in the Pannonian Basin.