Drilling Down On Particle Size Analyzers 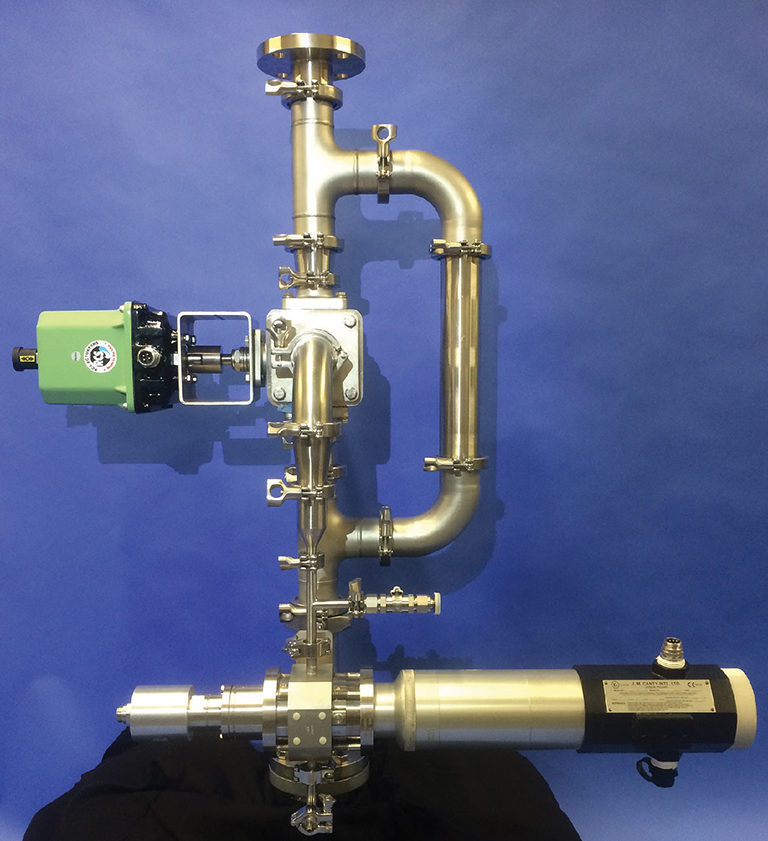 Automated particle-size analyzers are something you will not see on most drilling rigs, but some think this outside-the-oil-field technology will play a big role in the future of the drilling sector.

They are routinely used in a number of industrial processes for quality control, including agricultural plants and mines to measure things such as the size of corn kernels or to identify materials that might damage a rock crusher, for instance.

As drilling fluids circulate thousands of feet through a wellbore, the bits of material that flow back up to the surface can be a telltale sign that the operation is running smoothly, or running into trouble.

Directly measuring these particles would give rig crews and engineers an unprecedented ability to quickly determine how the well is really holding up and react if things head south. Fully automated analyzers would go one step further by acting on the data to make precise adjustments to the fluid mix, creating a savings opportunity on drilling chemicals.

Eric van Oort, a professor of petroleum engineering at the University of Texas (UT) in Austin, believes the adoption of such technology is in the early stages, but he sees immediate benefits for operators and contractors who commit to using it. He coauthored a technical paper on the subject that was presented in March at the SPE Drilling Conference and Exhibition in Fort Worth, Texas, which outlines the capabilities of various analyzer technologies.

Van Oort, also the director of UT’s automated drilling research consortium, explained that analyzers will improve upon how drillers currently monitor and make decisions in maintaining the quality and size of lost control materials (LCMs)—substances used to plug fractures in wellbore walls that may lead to the partial or total loss of the drilling fluid, otherwise known as a loss circulation event.

Addressing these areas could help avoid or mitigate lost circulation events, “which still account for billions of dollars in [nonproductive time] annually across the industry,” van Oort said.

A critical characteristic of LCMs is that they tend to break down inside the well, a process known as shear degradation, which ultimately renders them less and less effective. Industry standard methods to deal with shear degradation involve the manual use of sieves for measurement and a “sacks per hour” criteria for mitigation. Simply put, such imprecise methods are not sufficient for automated drilling operations and as mentioned above, have a severe financial impact.

“The longer-term objective is much bigger,” van Oort went on to say, adding that he predicts analyzers will eventually enable the automation of key measurements including how much fluid is being lost into the formation.

Future systems, he said, “will allow us to fine-tune [particle size distributions] for optimum fluid loss control and tailor them to the requirements of any particular well, in a way that is much more appropriate than the current, highly indirect fluid loss measurement that uses paper as a filtration medium—and how much paper do we drill around the world?”

One caveat is that the analyzers must be able to leave the laboratory and the static environments of processing plants, and demonstrate a strong performance in the oil field and be easy to use and maintain. “Otherwise, the benefits of the technology evaporate quickly,” van Oort said.

Among the systems studied by UT, top marks for accuracy went to a device built by J.M. Canty, a Buffalo, New York-based firm that develops process technology for a number of industries.

Whereas other systems depend on lasers to gather their measurements, Canty’s relies on high-resolution cameras. “We see what’s there and measure exactly what’s there, that’s why we’re spot on,” said Miles Priore, a business development leader with Canty.

In the UT study, the Canty device used was a laboratory model and since then, the company has developed a field-hardened version that is fully automated. But due to the down market, only one of the new devices has been installed on a working rig for an undisclosed contractor.

Priore said the system is equipped with automated valves controlled by software which eliminates the need for much human involvement in the device’s operation. Setting up the analyzer has also been simplified. Once installed, the device is calibrated and the user just has to press start.

The critical components include a LED backlight, a flow cell, and a microscopic lens attached to a high-performance camera that captures images of the fluids passing by. As the software detects changes, it can alert a remote monitoring center via the Internet or it can take action by sending commands to an operational system on the rig.

By adding a hard drive to the system, the images can be recorded and analyzed later. Priore said that in the event of a problem, “You can look at the video footage of the particles at that exact time and see if there is a correlation.”

One of the unique features about the company’s device is that the flow cell that allows the fluid and particles to be observed is built by fusing glass to metal, a process that allows glass to be used at extreme pressures. Canty says it has used the technology to develop the sight glasses on space shuttle fueling lines and is the only company using it in the oil and gas industry.

Drilling Down On Particle Size Analyzers