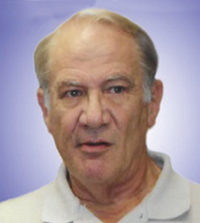 Kenneth George Nolte, SPE, died 6 July 2016. He was 74 years old. He was recognized as a legend of hydraulic fracturing and was most known for his contribution to the Nolte-Smith Plot, which revolutionized the interpretation of net-pressure behavior during and after hydraulic fracture treatments. Nolte’s work in his earlier years also made a significant contribution to wave force calculations for the design of offshore structures, including ice islands.

Initially trained as a civil engineer, Nolte’s career spanned more than 45 years including a tenure at Amoco, the cofounder of Nolte-Smith Inc. (now NSI Technologies), and as a technical adviser for fracturing research and development for Schlumberger. His SPE publications include the “Interpretation of Fracturing Pressures” in JPT, and his contributions to the SPE Monograph Recent Advances in Hydraulic Fracturing. The topics included not only the design of offshore structures, but also the analysis of fracture pressure during injection and after shut-in, fracture design based on pressure analysis, determining fluid efficiency from fracture pressure data, scheduling proppant and fluids from this efficiency, the principles used for after-closure analysis of fracture calibration tests, perforating requirements for fracture stimulations, and the effects of fracturing fluid performance on well productivity. He also held a patent for an encapsulated breaker, which fundamentally changed the use of viscous gels in fracturing. Among his offshore technology work, his technical publication on “Fatigue Damage Due to Ocean Waves” was selected as a Hall of Fame paper by the American Society of Civil Engineers.

Nolte was an SPE member for several years and was ­honored with several awards. He was an SPE Distinguished Lecturer in 1986–1987 on the topic “On-site Analysis and ­Design of Fracture Treatments.” In 1992, he was awarded the SPE Lester C. Uren Award, which recognizes distinguished achievement in petroleum engineering technology by a member under the age of 45. He was an inspiration to those who worked with him and he mentored many young engineers. Remembering Nolte’s legacy, SPE President Nathan Meehan said, “While Ken Nolte may have been best known for his development of mini-frac analysis and to the understanding and optimization of hydraulic fracturing, it is hard to overstate his role in SPE and as a friend and teacher. Ken’s book on reservoir stimulation is on the bookshelf of most completion engineers. He presented untold numbers of presentations around the world in addition to being an SPE Distinguished Lecturer. His style was clear and scientific. I learned a great deal from him.”

Nolte was awarded the SPE Regional Reservoir Description and Dynamics Award in 2013 and was recognized as a “Legend of Hydraulic Fracturing” at the 2013 SPE Hydraulic Fracturing Technology Conference. Nolte held a BS degree in civil engineering from the University of Illinois and MS and PhD degrees from Brown University.