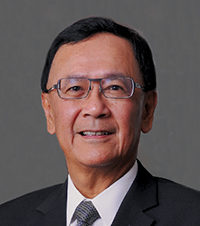 Dato' Wee Yiaw Hin, SPE, was appointed executive vice president and CEO of upstream business for Petronas, Malaysia’s national oil company. Wee Yiaw Hin is a member of Petronas’ board of directors, executive committee, and management committee and also sits on the boards of several companies within the Petronas Group. He served as a director of the SPE Northern Asia Pacific Region on the international SPE Board of Directors and is currently a member of the SPE Asia Pacific Board of Directors. Wee Yiaw Hin joined Petronas in May 2010 as executive vice president for its exploration and production business. Before that, he worked at Talisman Energy Malaysia, serving as vice president. Previously, Wee Yiaw Hin was with Shell as vice president, Malaysia for Shell Upstream International Asia and managing director of Shell Malaysia Exploration and Production Companies. He earned a BS degree in civil engineering from the University of Wales and an MS degree from Imperial College, London.