In Memoriam: Robert A. Wattenbarger 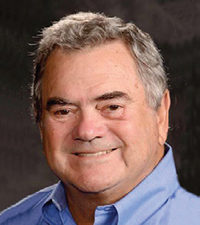 Robert A. Wattenbarger, SPE, died on 9 May 2014. He was 78. An active SPE member for 53 years, he was the recipient of the SPE Reservoir Description and Dynamics Award in 2012 and was inducted into the SPE Legion of Honor in 2000. Wattenbarger started his career in 1959, working with Mobil Oil in Colombia. He went on to work for Oil Recovery Corporation and Sinclair Oil in Tulsa, Oklahoma, then Mobil Research in Dallas, Texas, where he developed the first practical compositional reservoir simulator. In 1969, Wattenbarger joined Scientific Software Corporation as vice president, where he remained for 10 years. In 1979, he started his own consulting firm in Houston, joining Texas A&M University as a faculty member in 1983. He had recently been appointed holder of the John E. and Deborah F. Bethancourt Professorship at Texas A&M. Wattenbarger received a BS in petroleum engineering from the University of Tulsa and a PhD in petroleum engineering from Stanford University.