SPE members Jenny Cronlund, Flavia Mara Guzman Villarroel, and Abhijeet Kulkarni were nominated by SPE for the 2013 New Faces of Engineering Award sponsored by the National Engineers Week Foundation. Kulkarni was selected as the 2013 winner and appeared in a USA Today advertisement along with 12 additional winners from participating organizations. SPE’s Energy4me Program and the National Engineers Week Foundation worked together to provide this opportunity for SPE members.

The annual program highlights the interesting and unique work of young engineers and their positive impact on society, focusing on engineers who have been out of school from 2 to 5 years. The foundation is a coalition of engineering societies, major corporations, and government agencies and, every year, it asks its members to nominate colleagues age 30 and younger as one of the New Faces of Engineering. The program began in 2003. 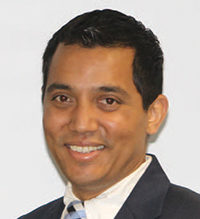 Kulkarni, who works as a reservoir engineer for A/S Dansk Shell, said he wished he had known more about engineering at an early age. “The potential that engineering holds to impact people and define the future is something I only realized after I experienced it myself. I wish I had a more macro view of this fascinating profession early in life.” 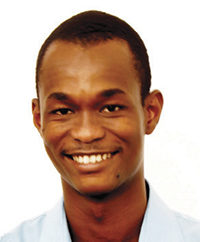 SPE members Kayode Oluwadairo, Mubarak Mahamah, and Scott Baker were nominated by SPE for the 2013 New Faces of Engineering College Edition. Mahamah, who attends Kwame Nkrumah University of Science and Technology (Ghana), was recognized as SPE’s College Edition winner and will be awarded a USD 500 scholarship.

Fifteen engineering students in their third, fourth, or fifth year of studies were selected. The winners are recognized for academic excellence, leadership in student organizations, outstanding communication skills, nonengineering-related community service, and involvement in the engineering industry.