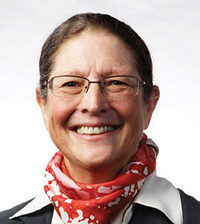 Eve Sprunt, SPE, was appointed President-Elect at the American Geosciences Institute. She was the 2006 SPE president. Sprunt has professional society and business management experience and was a founder of the Society of Core Analysts. She was recently the first vice president of the Society of Exploration Geophysicists (SEG), where she founded the SEG Women’s Network Committee. Now a consultant, Sprunt held advisory and management roles at Chevron until 2013, including business development manager for Chevron Energy Technology Company, university partnership and recruitment manager, and most recently advisor for geological research and development. Before joining Chevron, she worked at Mobil Oil Corporation for 21 years in upstream new business development and research and development of technologies. Sprunt holds 23 patents and has authored several technical papers and editorials for industry publications. She was a member of the SPE Board from 1991 to 1994 and an SPE Distinguished Lecturer during 1998–1999 and 2015–2016. Sprunt was recognized with SPE Honorary Membership in 2010 and Society of Women Engineers’ Achievement Award in 2013. She holds BS and MS degrees from Massachusetts Institute of Technology in earth and planetary sciences and a PhD from Stanford University in geophysics.