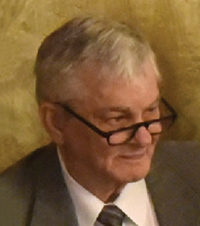 Keith Hal Coats, SPE, died 13 September 2016. He was 81. He was an accomplished teacher and pioneer developer of reservoir simulation software. In 1992, Coats founded Coats Engineering and served as the president until 2005 and technical director until his death. There he developed the reservoir simulator, Sensor, beginning in 1992 and continued to work on it until his death. Before cofounding Intercomp Resource Development and Engineering in 1968, Coats was assistant professor of chemical engineering at the University of Michigan, research associate at Esso Production Research, and associate professor of petroleum engineering at the University of Texas. He was chairman of the board at Intercomp from 1968 to 1983 and technical director at Scientific ­Software-Intercomp from 1982 to 1992. He developed and published detailed descriptions of a number of increasingly complex black oil, compositional, and thermal reservoir simulation models. Coats authored more than 70 technical papers and contributed to the Petroleum Engineering Handbook. A Distinguished Member of SPE, he received the Lester C. Uren Award and Anthony F. Lucas Gold Medal. He was elected to the National Academy of Engineering in 1988. Coats held BS, MS, and PhD degrees in chemical engineering, and an MS degree in mathematics, all from the University of Michigan.