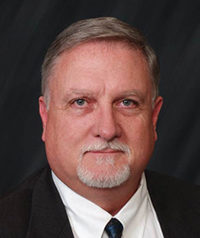 Michael Lyle Payne, SPE, died 9 September 2016. He was 56. Payne had more than 30 years of experience in the industry, including in drilling operations, computing, research, and consulting. He was recognized with the SPE Drilling Engineering Award in 2000. Payne was a segment engineering technical authority at BP and previously held positions at the company leading up to distinguished advisor. Before joining BP, Payne worked at ARCO for several years and on assignment to ARCO British worked on the the BP Wytch Farm ERD project. Payne held leadership positions at the American Petroleum Institute and made significant contributions to the development of industry standards. He authored several technical papers and was a member of the JPT Editorial Committee. An SPE Distinguished Lecturer, he was chairperson or cochairperson of several SPE Advanced Technology Workshops and  member of SPE conference committees. Payne held BS and PhD degrees in mechanical engineering from Rice University, and a master’s degree in petroleum engineering from the University of Houston.