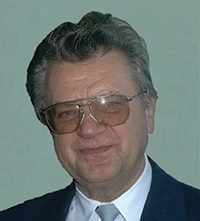 Ştefan Traian Mocuţa, SPE, died on 28 October 2015 at age 83. An SPE member since 1994, he was awarded the SPE Regional Service Award for South, Central, and East Europe in 2004 for his contributions to the establishment and development of the SPE Romanian Section. Mocuţa was a member of the SPE Enhanced Oil Recovery European Steering Committee and was actively involved in the SPE Romanian Section’s technical activities. He spent more than 40 years of his professional career in the field of petroleum reservoir geology at the Institutului de Cercetări şi Proiectări Tehnologice (ICPT), Câmpina, Romania, where he advanced to the position of senior fellow, and also held several managerial positions, including general manager. He completed more than 200 studies on petroleum reservoirs in Romania, Egypt, Jordan, Ecuador, Libya, and Hungary. Between 1994 and 1996, Mocuţa served as a senator in the Romanian Senate, focusing on political and social issues. In 1996, he returned to ICPT as adviser. He also taught at the Petroleum Gas University of Ploieşti. For his contributions to the petroleum industry, he was awarded the Diploma of Excellence in Research by ICPT Câmpina. Mocuţa graduated with a degree in geology from the Petroleum, Gas, and Geology Institute in Bucharest and received a PhD in geology from the same institute.