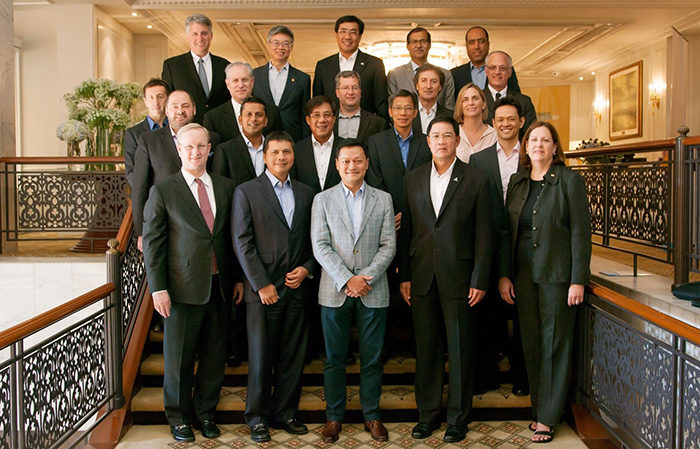 The SPE Asia Pacific Advisory Council held its inaugural meeting on 25 March in Bangkok, Thailand, discussing how SPE can further benefit members and the wider oil and gas industry in the region.

Participants discussed the variety of programs and benefits provided to the region, including events, the Energy4Me education initiative, the PetroWiki knowledge resource, as well as dues waivers and event open access days for members affected by the industry downturn. In addition, council members exchanged ideas on how SPE could expand its program scope to include other industry sectors such as the logistics/supply chain and the finance and investment community; how it could provide more content surrounding the industry’s digital transformation; and how to support areas such as gas advocacy and regulatory dynamics with fact-driven content and events.

Following the meeting, the council met with the SPE Board of Directors in Bangkok, providing feedback and insights into the opportunities and challenges faced by industry, and how SPE can continue to engage and foster volunteerism among its current and potential members.

The Asia Pacific region is home to more than 30,000 SPE members spread across 34 countries.