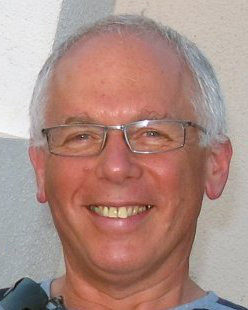 Chris Nussbaum, SPE, died 5 May. He was the chairman of the SPE Aberdeen Section from 2009 to 2011. Nussbaum was interpretation development advisor at Archer UK, where he provided expert technical support in log processing and interpretation services for the global wireline division. He joined Archer in 2011 as data services manager. Nussbaum was the chief executive of TecWel from 2008 to 2010, when the company became part of Seawell UK. At Seawell, he was the wireline operations manager for the UK/Africa regions.

Nussbaum had more than 30 years of experience in the oil industry. After graduation, he started his career as a wireline logging engineer at Dresser Europe. As a logging engineer for Geoservices he worked on projects in Africa and the Middle East, on rotation from the UK. He joined Read Well Services in 1993 and was seconded to Elf Enterprise Caledonia until 1995 to manage a dedicated in-house wireline intervention team on three offshore fields. He was then seconded to work at BP as part of an integrated well services team for the Magnus Platform. He later became the sales and marketing manager for Read Well Services, responsible for developing the company’s global business in cased-hole technology.

An active member of SPE, Nussbaum was a past chairman of the SPE Aberdeen Section. “During his chairmanship, the section grew to promote itself to the wider Aberdeen and Scottish communities, embraced the emerging world of social media, and rebuilt our website to ensure that we could more effectively communicate our achievements and events. Under his enthusiastic leadership the SPE Aberdeen Section began its run of seven SPE President’s Awards for Section Excellence [starting in 2010],” said Ian Phillips, current Aberdeen Section chairman. Nussbaum was a mentor to many in the section, including several recent section chairs. He authored technical papers, attended SPE events, and was a member of several SPE committees. He was recognized with the Past Chairman Award by the section in 2014 and the SPE Regional Service Award for North Sea region in 2012. Nussbaum held a BS degree in physics from the University of York.