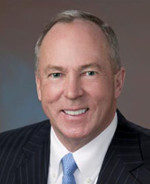 John T. Gremp was appointed as chairman of the board of managers at CHC Group, an offshore helicopter operator, following the company’s financial restructuring earlier this year. Gremp was previously the chairman of the board at FMC Technologies since 2011 and its president and CEO until 2016. Technip merged with FMC Technologies earlier this year to form TechnipFMC. Since joining FMC as a financial analyst in 1975, Gremp held several leadership positions at the company, including various plant, operations, and regional manager positions. He also served as member of the board of directors of Joy Global, the Petroleum Equipment and Services Association, the American Petroleum Institute, and the Offshore Technology Conference. He is a member of the board of trustees of the United Way of Greater Houston and a member of the National Petroleum Council.