With the A Peer Apart award, SPE recognizes those dedicated individuals involved in the review of 100 or more papers for SPE’s peer-reviewed journals.

Peer review is an essential part of scientific publishing and helps to ensure the information published in a journal is well supported and clearly articulated. Volunteers who commit their time to review papers make substantial contributions to the technical excellence of our industry’s literature. Each year SPE typically has more than 1,400 individual reviewers submitting more than 3,500 reviews for SPE’s various journals. This group of committed volunteers come from a variety of backgrounds, including academia, service and operator companies, and consultants from around the world.

Peer review is a demanding and time-consuming task. Over time, the individuals receiving this honor have volunteered hundreds of hours to the Society, making SPE journals a valuable resource to authors and the industry. It is an outstanding accomplishment for those who reach the milestone of reviewing 100 papers.

This year, 12 individuals join this elite group, bringing the total membership of A Peer Apart honorees to 161 dedicated members.

Please join us in congratulating the 2017 honorees. 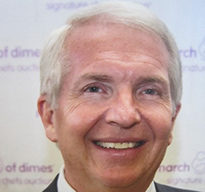 Steve Almond is currently retired and running Steve Almond Consulting. Previously, he worked for Fritz Industries as Director of Technology, where he set up and brought on line their Houston Technology Center. Almond was Technical Director for Oilfield Chemicals with MeadWestvaco in Charleston, South Carolina, USA. He also worked for Halliburton for more than 30 years, where his research and field-application interests were in hydraulic fracturing, acidizing, cementing, and drilling fluids. Almond is responsible for the development and implementation of new chemical additives/fluid systems into field operations in these areas. He has worked and gained field experience on both the design and execution globally of hydraulic fracturing, acidizing, cementing, and drilling-fluid treatments. Recently, Almond sat on the EPA’s Science Advisory Board on Hydraulic Fracturing. He holds a BS degree from Eastern Oregon State College and a PhD degree from Oregon State University. Almond has served in several capacities for SPE, including program chairman, technical editor for JPT and SPE Production & Facilities, review chairman for SPE Production & Facilities, and he has served on numerous program selection committees both domestically and internationally. 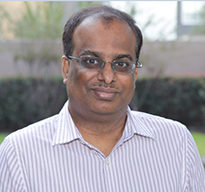 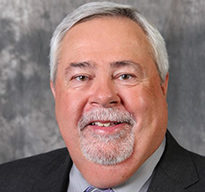 Steve Baumgartner is a senior technical consultant for Marathon Oil Corporation in Houston. He joined Marathon in 2007 and is currently a member of the Drilling and Completion Wellbore Solutions Team in the Technology Application Group. Baumgartner provides technical and operational support to all Resource Play Asset and Exploration Teams for completion and well stimulation. His responsibilities include development, identification and implementation of new completion technologies and techniques. Baumgartner has held positions in research and development, operations, technical sales, and management throughout his pressure-pumping services career. He has authored or coauthored a number of SPE technical papers, industry technical publications, and internal technical publications on well stimulation chemistry, treatment design, execution, and evaluation. Baumgartner holds a BS degree in chemical engineering from Grove City College, Pennsylvania, USA. 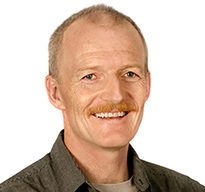 Reidar B. Bratvold is a professor of investment and decision analysis at the University of Stavanger and at the Norwegian University of Science and Technology in Trondheim, Norway. His research interests include decision analysis, valuation of risky projects, portfolio analysis, real-option valuation, and behavioral challenges in decision-making. Before entering academia, Bratvold spent 15 years in the industry in various technical and management roles. He is a coauthor of the SPE primer Making Good Decisions. Bratvold is the executive editor of SPE Economics & Management and has thrice served as an SPE Distinguished Lecturer. He is a Fellow and board member in the Society of Decision Professionals and was made a member of the Norwegian Academy of Technological Sciences for his work in petroleum investment and decision analysis. Bratvold holds a PhD degree in petroleum engineering and an MSc degree in mathematics, both from Stanford University, and has business and management science education from INSEAD and Stanford University. 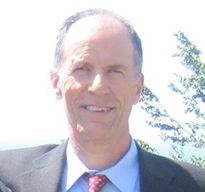 Michael G. Edwards conducts research in computational methods for reservoir simulation. Previously, he worked in the aerospace industry at the Aircraft Research Association in the UK. Edwards also worked as a senior research engineer at BP, as a research scientist at the University of Texas at Austin, and as a senior research scientist at Stanford School of Earth, Energy, and Environmental Sciences at Stanford University. In 2001, he joined the Zienkiewicz Centre for Computational Engineering, Swansea University. Edwards graduated with a degree in applied mathematics from London University (QMC). He holds a PhD degree in computational and applied mathematics from Reading University, UK, and conducted his post-doc at the University of Texas at Austin in computational fluid dynamics. 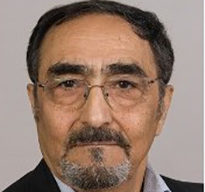 Matt Honarpour is a principal reservoir engineer at BHP in Houston. Previously, he was the global reservoir engineering advisor at Hess Corporation, with prior positions held as a senior reservoir engineering advisor at ExxonMobil and a professor of petroleum engineering at Montana Tech. Honarpour has authored or coauthored more than 100 technical articles and holds five patents for inventions related to novel apparatus, recovery mechanism in conventional and unconventional reservoirs, and mechanical properties from spectrum of X-ray energy in unconventional reservoir rocks. He holds BS, MS, and PhD degrees in petroleum engineering from the University of Missouri-Rolla, currently Missouri University of Science and Technology. Honarpour has been an active member of SPE for more than 44 years. He is a recipient of the 2007 SPE Outstanding Technical Editor Award for SPE Reservoir Evaluation & Engineering, the 2011 SPE International Formation Evaluation Award, and the 2013 SPE Technical Review Award. Honarpour is also a recipient of the 2000 Society of Core Analysts Technical Achievement Award. 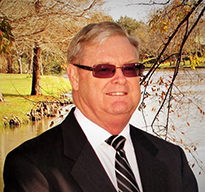 Richard Hutchins recently retired from Schlumberger, where he served as technical advisor in product development for well stimulation, water and sand control. He has since established a consulting company called Gel Solutions International. Previously, Hutchins worked for Unocal in the areas of water control, tracers, pulse testing, and enhanced oil recovery, especially polymer flooding. He has co-authored 19 papers, holds more than 50 US patents, and was the recipient of various awards for creativity and innovation from both Unocal and Schlumberger.  Along with other Schlumberger contributors, Hutchins was honored with the 2016 World Oil and Hart Energy’s 2016 Meritorious Award for a water management service. He holds a BS degree from Arizona State University and an MS degree from the University of Southern California, both in chemical engineering. He has served SPE as an associate editor for SPE Production & Operations and continues as a technical editor for various SPE journals. In 2016, Hutchins was honored with the IOR Pioneer Award and has served as a committee co-chair at several SPE conferences and contributor to organizing committees. He also chaired an API subcommittee for long-term fracture conductivity. 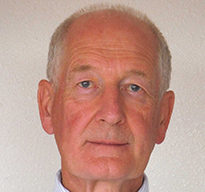 Gavin Longmuir is a petroleum reservoir engineer with Mubadala Petroleum's Technical Evaluation group in Abu Dhabi, focusing on investment opportunities in upstream oil and gas ventures worldwide. He originally joined Mubadala at their technically-challenging brownfield redevelopment joint venture in Bahrain. Previously, Longmuir worked on, and learned from, a wide range of field-development projects with a number of operating companies and consulting organizations in Kuwait, Abu Dhabi, Oman, Kazakhstan, and the United States. He began his career with Occidental Petroleum in the North Sea and Libya before joining Sohio Petroleum (later BP) in California and Alaska. Longmuir holds BSc and PhD degrees from the University of Strathclyde, and an MBA degree from the University of New Mexico. He is an SPE member and currently an associate editor for SPE Reservoir Evaluation & Engineering. 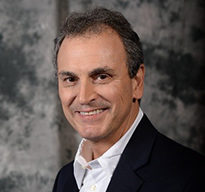 João Carlos Ribeiro Plácido is a petroleum engineer who joined Petrobras in 1980. He has worked at Petrobras Research Center since 1983, where he coordinates and executes several projects of well technology. In 1995, during 1 year, Plácido served as the coordinator of the Horizontal Well Technological Program of Petrobras. Currently, he works as a senior consultant at the Well Technology Area of Petrobras. Plácido holds a BS degree in mechanical engineering from the Catholic University of Rio de Janeiro–PUC; an MSc degree in petroleum engineering from the Federal University of Ouro Preto–UFOP, Brazil; and a PhD degree in petroleum engineering from The University of Tulsa. He is a recipient of the 2011 SPE Regional (South America and Caribbean Region) Award for distinguished contribution to petroleum engineering in the area of drilling engineering. Plácido has accumulated a well-balanced experience in terms of field practice, theoretical background, and teaching skills in the area of drilling operations. Working in the field and operational districts has provided him sufficient insight to focus his studies on drill bit, drillstring mechanics, and innovative drilling technologies. 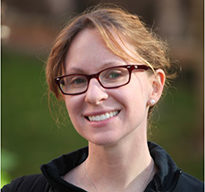 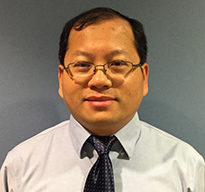 Shugang Wang is a geomechanics specialist and project manager on the Productivity Geomechanics Team in the Reservoir and Production Engineering Department of Chevron Energy Technology Company, Houston, where he has worked for 6 years. His specialization includes reservoir geomechanics, hydraulic-fracturing simulation, completions optimization for UCRs, flow and transport in porous media, sanding and subsidence, and experimental rock mechanics. Wang conducts strategic research, technology development, and expert consultation in these areas for Chevron assets across the globe, both on- and offshore. He holds a PhD degree in geomechanics from the Pennsylvania State University. Wang has served as an associate editor for SPE Journal for 5 years. He is a recipient of the 2013, 2015, and 2016 SPE Outstanding Editor Awards for SPE Journal. Wang is a member of the American Rock Mechanics Association Future Leaders Program (2014–17). 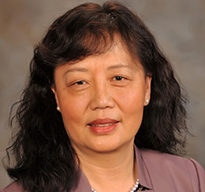 Ding Zhu is a professor in the Petroleum Engineering Department at Texas A&M University. She has been a committee member and chairperson for many SPE conferences and workshops, and is currently serving on the SPE Education Information Committee, SPE Book Committee, and SPE Production and Operation Advisory Committee. Zhu was the recipient of the 2010 SPE Distinguished Achievement Award for Petroleum Engineering Faculty, and served as an SPE Distinguished Lecturer in 2011. She is an associate editor for SPE Production & Operations, has authored or coauthored more than 150 technical papers, and is the coauthor of the text book Petroleum Production Systems (2nd edition) and the SPE book Multilateral Wells. Zhu has been an SPE Distinguished Member since 2011. She holds a BS degree in mechanical engineering from the University of Science and Technology, Beijing, China, and MS and PhD degrees in petroleum engineering, both from the University of Texas at Austin.