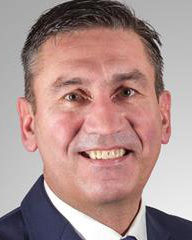 Ian Prescott was appointed vice president, Asia, at McDermott International, succeeding Hugh Cuthbertson who announced plans to retire from the company. Prescott will also be a member of McDermott’s Executive Committee.  Before this appointment, he was senior vice president and director of Asia Pacific for SNC-Lavalin. He also served as the managing director and general manager and later as the CEO of Global Process Systems. He held board and leadership positions with PAE (Thailand) and Aker Kvaerner. Prescott has more than 28 years of experience holding operational, marketing, and business unit responsibilities for production and processing solutions in the upstream oil and gas sector, including engineering and fabrication. He holds an MBA from Bond University in Australia and a bachelor’s degree in instrumentation control engineering (Honors) from the University of Teesside in the United Kingdom.