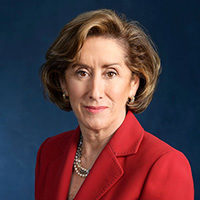 Julie J. Robertson was appointed chairman of the board, president, and CEO at Noble Energy. Robertson will succeed David W. Williams who will retire from these positions in February 2018. Before this, Robertson was executive vice president of the company from February 2006 and senior vice president of administration from July 2001 to February 2006. She also served continuously as corporate secretary of the company from December 1993 until assuming the chairman’s role in 2018.  Robertson’s previous leadership roles include vice president of administration at Noble Drilling and Noble Drilling Services, manager of benefits and director of human resources at Noble Drilling Services, and risk and benefits manager and marketing services coordinator for a predecessor subsidiary of Noble.