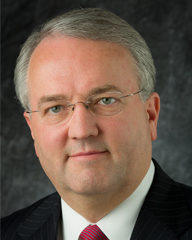 Jack Gerard, American Petroleum Institute (API) president and CEO, will step down when his current contract ends in August. Until then, he will continue to direct the association’s work and assist in the search for a new CEO. Gerard joined API after serving as president and CEO of the National Mining Association and the American Chemistry Council. He worked for almost a decade in the US Senate and House. Gerard is active in several civic organizations, including as an Advisory Board member and past chairman of the National Area Council of the Boys Scouts of America, a board member and former co-chair of The George Washington University’s Graduate School of Political Management, and chairman of the board of directors for the Congressional Coalition on Adoption Institute. He holds a bachelor’s degree in political science and a JD from George Washington University.