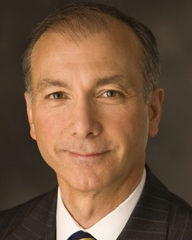 Steven A. Kandarian, chairman, president, and CEO of MetLife, was elected to the board of directors at Exxon Mobil, effective 1 February. With his election, ExxonMobil’s board stands at 11 directors, with 10 of them non-employees. Kandarian became president and CEO of MetLife in 2011. He was elected chairman of the board in 2012. His roles before joining MetLife were executive director of the Pension Benefit Guaranty Corp., founder and managing partner of Orion Partners, and managing director of Lee Capital Holdings. He began his career as an investment banker with Rotan Mosle. Kandarian holds a BA degree from Clark University, a juris doctorate degree from Georgetown University Law Center, and an MBA from Harvard Business School.