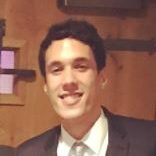 Richard Marsh, founder and former managing director of Tritech, was recognized with Subsea UK’s Outstanding Contribution Award at Subsea Expo Exhibition and Conference in Aberdeen. One of the early proponents of the subsea sector, Marsh began his career at British Aerospace where he was responsible for 1,600 technicians and engineers who built 16 Concorde aircraft in the UK. He also helped to develop one of the first remotely operated vehicles, Consub. Arnold Grundy of Oceaneering was the winner of the David Pridden Young Emerging Talent Award, a commemorative accolade launched this year in memory of the inaugural Subsea UK chief executive, David Pridden. Responsible for the design, manufacture, testing, and deployment of subsea cables and related subsea distribution, Grundy was recognized for his technical know-how, and collaborative and enthusiastic approach.