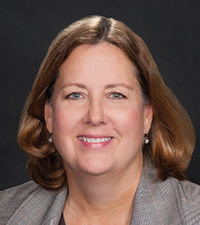 Janeen Judah, 2017 SPE President was honored at the first Oil and Gas Investor event honoring women in the industry. She held several Chevron leadership positions including general manager for Chevron’s Southern Africa Business Unit, president of Chevron Environmental Management Company, and general manager of Reservoir and Production Engineering for Chevron Energy Technology Com­pany. Before joining Chevron, she worked for Texaco and Arco in various upstream petroleum engineering positions. She has held many SPE leadership positions, including SPE International Vice President Finance, on the SPE Board as director of the Gulf Coast North America Region, and chaired both the Gulf Coast and Permian Basin sections. She is a Distinguished Member of SPE and received the Distinguished Service Award in 2010.