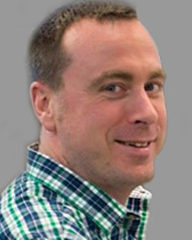 Shaun Lazenby was appointed commercial manager at C-Innovation, an aﬃliate of Edison Chouest Offshore. His responsibilities will include preparing proposals and tenders, monitoring bid performances, identifying future opportunities, managing project documents, and sales. He will be based in Houston. Lazenby previously served in engineering roles for Subsea 7, HPR (UK), GE European Energy, and i-Tech Service. Most recently he was an aircraft engine technician for UK’s Royal Air Force. Lazenby holds a degree from the Open University and a certificate in mechanical engineering from the Royal Air Force Technical Training College in the UK.