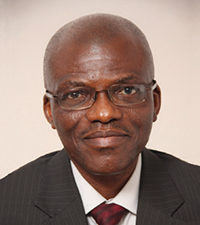 SPE Africa Regional Director and a member of the SPE Board of Directors Adeyemi (Yemi) Akinlawon died 12 August. He was a director and consultant petroleum economist at Adeb Konsult in Lagos, Nigeria.

He started his career as a graduate assistant at the Department of Petroleum Engineering of the University of Ibadan in 1993. He joined Texaco Overseas (Nigeria) Petroleum Company as a petroleum engineer and was the manager for project development in 2001.

After the merger of Texaco and Chevron, he held several managerial positions such as manager technical and government liaison, manager for the Nigerian National Petroleum Corp./Department of Petroleum Resources relations, and gas commercial manager at Chevron Nigeria. His final role was commercial manager for the Nsiko deepwater field development during its pre-front end engineering design stage, and he retired from Chevron Nigeria in 2014.

In his earlier years, he was the chairman of the Lagos Section in 2002 and chairman of the Nigeria Annual International Conference and Exhibition in 2010. Under his regional directorship, the SPE Benin Section became the first team from Africa to participate in the international championship round of PetroBowl and emerge as the runner-up of the 2017 competition.