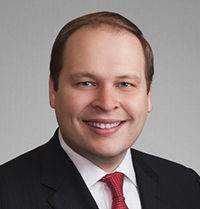 Intrepid Financial Partners appointed Antonio (Tony) Fernandez, SPE, managing director of its acquisitions & divestitures (A&D) team based in Houston. The newly formed group sits within Intrepid’s advisory business and will be dedicated to A&D advisory and transaction execution for the firm’s energy clients. Fernandez was most recently a senior A&D banker at JP Morgan, where he led several teams and A&D projects across most major US unconventional plays. He was previously vice president at Jefferies Group, responsible for the company’s development of their Permian technical expertise. Before banking, Fernandez held engineering roles at Noble Energy in domestic onshore, international deep water, and business development teams. He is a member of the SPE Distinguished Lecturer Committee and was the editor-in-chief of the The Way Ahead editorial board in 2015. Fernandez holds a master’s degree in petroleum engineering from Texas A&M University, a bachelor’s degree from Duke University, and is a registered Professional Engineer in the state of Texas.

Intrepid also appointed Robert Willis, SPE, and Stevenson Bunn to the A&D team. Both join from Apache Corp., where Willis was most recently a reservoir engineer, and Bunn was a geologist.