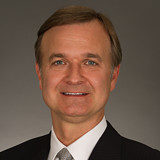 Gwin was formerly EVP, finance and CFO since 2009. He has more than 30 years of experience in corporate finance and executive management. He joined Anadarko in 2006 as vice president, finance and treasurer. Gwin served as chairman of the board of the general partners of Western Gas Partners and Western Gas Equity Partners (Partnerships) until November 2018 and served as its president and CEO until 2010.  He holds a BS degree from the University of Southern California and an MBA from the Fuqua School of Business at Duke University. He is a chartered financial analyst.

Fink was previously senior vice president, and president and CEO of the Partnerships. In his new role, he will report to Anadarko Chairman and CEO Al Walker and will join Anadarko's executive committee. He will also serve as chairman of the Partnerships' boards of directors. Fink joined Anadarko in 2007 as vice president of finance for Anadarko Algeria Company. He holds a BS degree in economics from the Wharton School of the University of Pennsylvania. He is a chartered financial analyst.

Fielder was previously vice president, investor relations. In her current appointment, she will succeed Fink as the president and CEO of the Partnerships. She started her career with Anadarko in 2002 and her previous positions with the company include midstream business advisor; general manager of East Texas and North Louisiana; worldwide operations business advisor; and exploration and operations engineering positions in US onshore and the Gulf of Mexico. She holds a BS degree in petroleum engineering from Texas A&M University and is a registered professional engineer in the state of Texas.

Pearl was previously vice president, finance and treasurer since 2016. He will succeed Fielder in his new appointment. Pearl has more than 20 years of oil and natural gas, and financial experience. He joined Anadarko in 2006 and was previously corporate controller, director corporate tax, and CFO of Western Gas. Pearl holds a BBA and MS in accounting from Texas A&M University, and an MBA from Rice University where he was a Jones Scholar Award recipient. Pearl is a certified public accountant.

In a press release dated 8 November, Anadarko announced a transaction to sell substantially all of its remaining midstream assets for $4.015 billion to Western Gas Partners, with $2.0075 billion cash proceeds, and the balance to be paid in new Western Gas equity. Concurrently Western Gas Partners announced it has entered into a merger agreement with Western Gas Equity Partners, which will result in a simplified midstream structure. The sale is expected to close in the first quarter of 2019, concurrently with the closing of the merger.