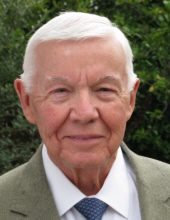 J.G. (George) Savins, SPE, an SPE Legion of Honor member and technology inventor in the field of rheology, died 11 January. Awarded a BS in chemistry in 1949, Savins started his career as a chemist at the FRL Research and Development Group. His career then gradually evolved to cover diverse research interests and saw significant technical achievements in fluid flow and rheological properties of complex drilling fluids. Savins was the author of 36 publications and held 12 international and 31 US patents.

The direct indicating viscometer, commonly known as the V-G meter, is used in the industry to test flow properties of drilling fluids such as the viscosity and gel strength of the drilling mud. Measuring these rheological parameters help in understanding the various factors that affect the flow behavior. The design features of the V-G meter was developed by Savins and was embodied in his first US patent. For this work and his contributions to the understanding of the rheology of complex fluids he was recognized by the American Association of Drilling Engineers (AADE) and inducted into the 2010 AADE Hall of  Fame.

The micellar-based fluid compositions and associated turbulent drag reduction phenomena he wrote about in his SPE Paper 1724 “A Stress-Controlled Drag-Reduction Phenomenon,” and in his sixth patent, laid the foundation for what is currently referred to in hydraulic fracturing operations as drag-reducing or friction-reducing fluids, e.g., polymer fluids and viscoelastic surfactant or micellar fluids.

Savins retired from Mobil Research and Development in 1985. He then accepted a position as a research associate at the University of Texas Austin Balcones Center for Earth Sciences and Engineering (CESE) where he helped implement the creation of an oil-industry-supported consortium related to the performance of oil-based drilling fluids. In 1988, he joined the R&E Group at NL Baroid as a technical consultant. At 84 years of age, he participated as coinventor in an application pertinent to managing the flow properties of oil well drilling fluids for his 31st US patent.

At various times in his career Savins was associated with SPE. He organized and chaired SPE’s first symposium on the “Mechanics of Rheologically Complex Fluids” in Houston in 1966. He served on the Technical Review Committee for the SPE Drilling & Completion Journal from 1985 through 1989. In 1983, he was inducted as an SPE Legion of Honor member for 50 years of continuous membership with SPE.