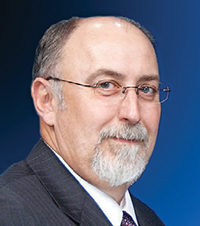 Curtis G. Blount, SPE, senior fellow engineer-advisor for global wells technology at ConocoPhillips and former SPE Distinguished Lecturer, died 12 May in Katy, Texas. He made significant technical contributions to coiled tubing and well intervention research and applied technology development for more than 25 years. Blount began his career at Dresser Atlas in 1977. He moved to Arco in 1979, which later became Phillips 66, and ConocoPhillips.

Blount was an ardent supporter of the SPE Distinguished Lecturer DL) Program. He was an SPE Distinguished Lecturer twice, a member of the SPE DL committee for many years, and its chairperson from 2010 to 2011. In 2002-2003, he presented lectures around the world on the topic “Coiled Tubing Drilling From Algeria to Alaska: Praise, Pitfalls, Potential, and Perils,” and in 2014-2015 on “Lessons Learned in Technology Development and Perforating Smart Wells.” Speaking of his experience with the program, he said, , “Traveling to areas I never thought of visiting, I found interested and interesting SPE members, meetings, and discussions at each stop. … Looking back, it was one of the most rewarding experiences in my life.”

In addition to the DL program, Blount was an active participant on numerous SPE committees. He was a member of the 2014 SPE/ICoTA Coiled Tubing and Well Interference Conference Committee, JPT Editorial Committee, Drilling and Completions Advisory Committee, Editorial Review Committee for SPE Production and Operations journal, and Completions Optimization and Technology Awards Committee. He was the author of more than 40 technical papers and 20 patents.

Blount’s awards and recognitions include Engineer of the Year for the SPE Alaska chapter in 2003, the SPE Drilling and Completions Award in 2007, and the ConocoPhillips Lifetime Technology Award in 2014. He most recently received the 2018 ConocoPhillips Spirit Award for completion optimization using distributed acoustic sensing technology.