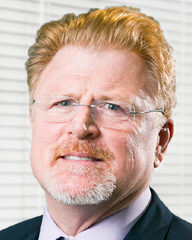 ROVOP, a subsea robotics company, promoted David Lamont as CEO. He was previously the chairman of the company. Lamont has more than 30 years of experience in the energy services sector and was most recently CEO at Proserv. Steven Gray stepped down from the role of CEO at ROVOP, after leading the company for 8 years. He was one of the founders of the company in 2011. He will remain a director and shareholder of the company.