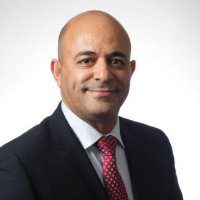 PQ Corp. elected Belgacem Chariag chairman of the PQ board of directors. He is the president and CEO of the company since 2018. Before joining PQ, he was chief global operations officer at Baker Hughes, a GE Company, after Baker Hughes’ merger with GE Oil & Gas. Chariag has more than three decades of experience in the industry. His previous executive roles at Baker Hughes include president of global products and services and president of eastern hemisphere operations, after joining the company as vice president in 2009. Before that, he held several leadership roles at Schlumberger, including vice president of health, safety, environment, and security. Chariag earned a BS degree in petroleum engineering from the University of Texas and an MBA degree in global energy from the University of Calgary Haskayne School of Business.