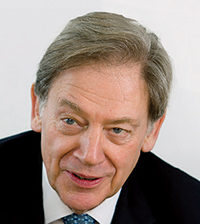 Andrew Gould, former chairman and CEO of Schlumberger, was elected to Occidental’s board of directors effective 1 March. Gould has more than 40 years of experience in the oil and gas industry. He began his career at Schlumberger in 1975 and held positions of increasing responsibility. He was the  chairman and CEO of the company from 2003 to 2011. He was non-executive chairman of BG Group from 2012 until its sale to Shell in 2016, and interim executive chairman in 2014. He currently serves as a member of the board of directors of Saudi Aramco and BJ Services. Gould holds an undergraduate degree in economic history from Cardiff University and qualified as a Chartered Accountant with the Institute of Chartered Accountants in England and Wales.