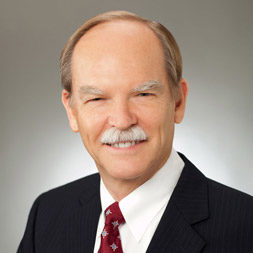 Abendschein has more than 35 years of energy industry experience in engineering, operations, major offshore projects, and business development. He held senior management roles at Anadarko Petroleum and predecessor companies for 33 years, including as the vice president of worldwide deep water, vice president of exploration and production services, and vice president of corporate development. Most recently, Abendschein was CEO of Venari Resources. He currently serves on the boards of directors of Seacor Marine Holdings and the National Ocean Industries Association, as well as the Cynthia Woods Mitchell Pavilion. Abendschein holds a BS in petroleum engineering from Texas A&M University.

Heitzman is a founder of Talos. He started his career in 1973 as an engineer with Amoco Production before progressing in engineering, management, and executive roles both domestically and internationally at Roy M. Huffington, ATP Oil & Gas, and Harken Energy. In 2000, he cofounded Gryphon Exploration as vice president of operations, and in 2006, he cofounded and later became president and CEO of Phoenix Exploration Company. Heitzman will continue to provide services to Talos as a senior adviser on an as-needed basis for approximately 6 months in order to assist with the transition.