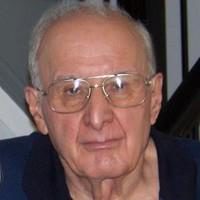 During his 40-year career in reservoir simulation, Thurber spent several years working at international exploration and production companies, and traveled and lived around the world. He specialized in conducting oil and gas field development studies worldwide from specification definition to proposal and conducting and managing the project. He was well-known for mentoring less-experienced technical personnel in analysis and methodologies, and was recognized as a model of mentoring. Thurber was an active member of SPE, volunteering in many SPE committees and events. He was recognized as a Technical Pro in SPE Connect communities for his participation in discussions on technical issues and knowledge sharing.

Thurber started his career as a project engineer at Core Lab Engineering and Consulting. His international appointments included senior reservoir engineering advisor for Oman’s Ministry of Petroleum, and senior reservoir engineer at Qatar Petroleum and later at Kuwait Oil Company. He held project manager, consultant, and advisor roles at various companies in his later years. Thurber held a BS in petroleum engineering from University of Kansas and a master’s degree in petroleum engineering from the University of Texas, Austin.