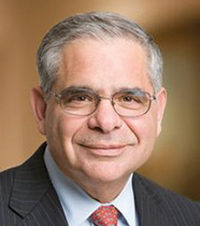 Occidental Petroleum elected Stephen I. Chazen, SPE, chairman and CEO of Magnolia Oil and Gas Corp., as nonexecutive chairman of the board of directors, effective 18 March. He has more than 30 years of experience in the oil and gas industry. Before founding Magnolia in 2018, he served as CEO of Occidental from 2011 to his retirement in 2016, and as a director from 2010 to 2017. Before becoming CEO of the company, Chazen served as COO and CFO and in other roles dating back to his joining the company in 1994. Previously, Chazen served as managing director in corporate finance and mergers and acquisitions at Merrill Lynch. He is a former chairman of the board of the American Petroleum Institute and serves on the board of advisors of the Baker Institute; the board of regents of the University of Houston; and as a director of Houston Methodist Institute for Academic Medicine, the Williams Companies, and the National Park Foundation. Chazen holds a PhD in geology from Michigan State University, a master's degree in finance from the University of Houston, and a bachelor's degree in geology from Rutgers College.