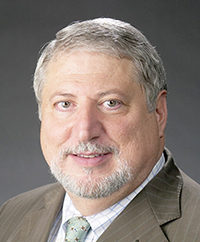 “Excellence is a choice,” was Paccaloni’s message to YPs. “They have to start from the beginning to understand that if they want a bright career and reach outstanding business results, they have to set this choice for themselves. … And to arrive at excellence, they have to do deliberate practice. In every journey towards excellence is failures and we need to be persistent and resilient, and the energy for this comes from passion.” As SPE President, Paccaloni initiated many programs that engage young members and foster leadership and soft skills development.

Paccaloni was a consultant at Paccaloni Consulting in Milan, Italy. He worked for many years at Eni Agip, progressing from manager of the production optimization technologies department to higher responsibility roles over the years, ultimately becoming the vice president of research and development and technology planning. During his career, he developed technical expertise in production problems analysis and production optimization technologies. He specialized in matrix stimulation and was an SPE Distinguished Lecturer on that topic during 1988–1989. A matrix stimulation diversion technique, APDIR (maximum pressure differential and injection rate), was introduced by Paccaloni and Mauro Tambini in 1993 and is often referred to as the Paccaloni method. He published more than 100 technical papers on his work in various journals and academic publications and was recognized with the Agip-Eni Technological Development Award in 1997.

Over his lifetime of volunteering with SPE, Paccaloni contributed to the growth of the Society in many ways. In the early 2000s the industry and SPE were seeing the average age rising in the workforce and SPE membership. As 2005 SPE President, Paccaloni set goals to address this trend. He inspired, guided, and helped launch many YP programs during his presidency, which continue to benefit young members today. The Young Professionals Coordinating Committee (YPCC), now the Young Member Engagement Committee, and the e-mentoring program were launched in 2005.

“Giovanni was the consummate SPE volunteer,” said SPE CEO Mark Rubin. “His dedication to helping students and YPs was extraordinary. In everything he did as SPE President and a volunteer, he always focused on how he could help make others successful.”

The suggestion to create a committee looking at programs dedicated to YPs originated in a workshop in Italy in 2003 under the supervision of Paccaloni. “Rarely have I encountered anybody with the same energy empowering YPs to take ownership of their career and lives,” said Leon Beugelsdijk, who was part of the first YP workshop in Stresa and later became the SPE regional director for North Sea. “Building on several local YP initiatives, Giovanni created a platform for YPs to organize themselves on an international level. Completely in his style, he motivated us to develop our programs, but never let us forget to be a professional, above all striving for excellence.”

A highlight among many programs launched during Paccaloni’s time is The Way Ahead, SPE’s publication by and for YPs, which was launched in 2005. Managed by a committee of SPE members under the age of 35, TWA publishes articles relevant to the younger demographic and covers both technical and soft skills topics tailored to their stage of personal and professional development. The Ambassador Lecturer program where YPs reach out to students and share their early experience in an oil and gas career was started in 2006. Today, most SPE sections have a YP Committee planning and organizing events and activities catering to students and YPs.

The ideation and support of YP programs by Paccaloni in 2005 turned out to be visionary as those programs grew and thrived during the demographic shift in the industry, often called the Big Crew Change, which resulted in a decrease in the average age of SPE members.

Paccaloni contributed to SPE in many ways. In his earlier volunteering years with SPE, Paccaloni played an active role in the SPE Forum Committee and was the SPE director for the Europe and Africa regions during 1996–1998. “Giovanni was always a bigger-than-life presence. Some people bring great energy to a room; Giovanni’s engagement was on a scale that few have ever reached,” said 2016 SPE President Nathan Meehan. “He was insightful as a leader, charismatic, and humorous.”

In recent years, Paccaloni was part of the SPE Business Management and Leadership Committee and also conducted workshops in SPE conferences and sections on “Intrinsic Motivation: A Business Imperative.”

“Giovanni’s drive will live on in all the active YPs, both on a local and international SPE level, and to be excellent will be to do him honor,” said Beugelsdijk.