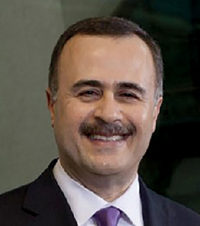 Amin H. Nasser, SPE, has been appointed president and chief executive officer (CEO) of Saudi Aramco. He has been the acting president and CEO since May and before that, he was the senior vice president of upstream. Nasser joined Saudi Aramco in 1982 and has held several senior management positions, including manager of the Ras Tanura, Safaniya onshore, and Safaniya offshore producing departments. He became the executive director of petroleum engineering and development in 2005. Nasser holds a BS in petroleum engineering from King Fahd University of Petroleum and Minerals.