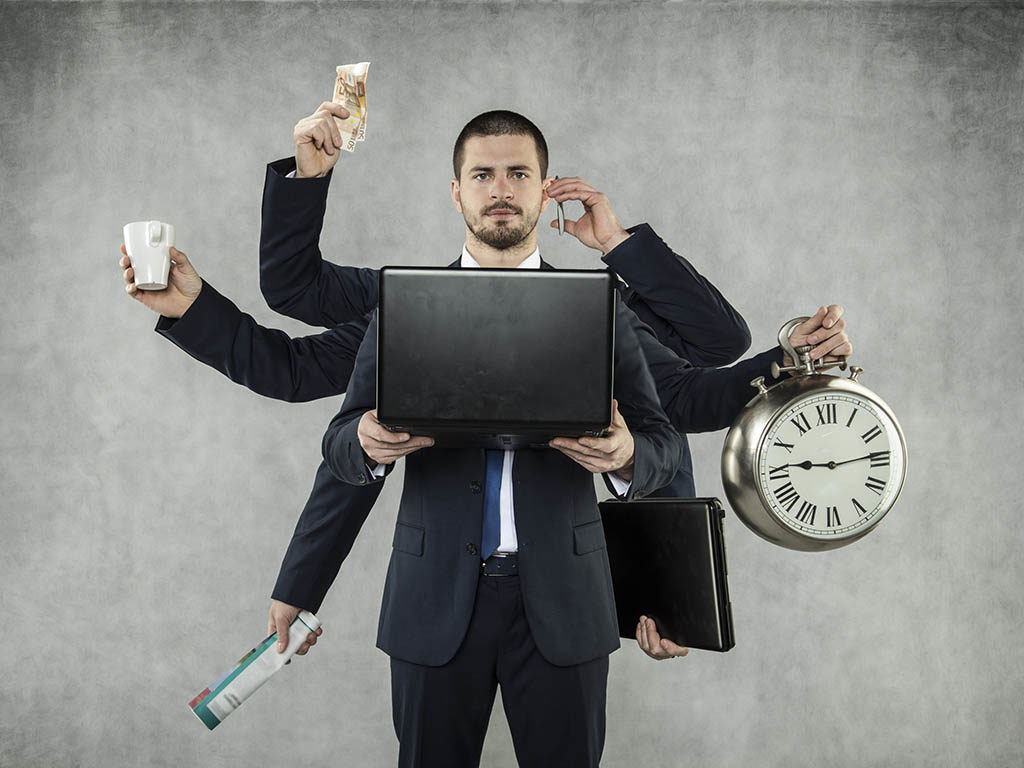 In FMI’s recently released study, “Craft Labor Recruiting and Retention 2015,” a survey conducted with many of the largest United States and international construction and engineering firms showed that 23% of respondents reported that project managers were among the top positions facing labor shortages in the current labor market. Only 14% of firms reported that they had well-defined succession plans for the project management positions in their firms.

The good news in these statistics is that growth in US construction markets has finally gotten past the recovery from the Great Recession (2007–2009) and is entering a new growth mode.

Since 2008, US oil production has increased by 66%, and it is still rising despite the lower price of oil. From 2002 to 2006, total US construction put in place increased approximately by 38% before being decimated by the recession.

The problems arose in large part because the industry downsized by around 30% of its labor force during the recession in order to survive. Most of the lost talent is not coming back, so now the industry has to recruit, train, and retain new talent. Because this talent is likely to be younger and less experienced, training will be especially important. The jobs and talents needed are also changing as the industry undertakes more complex projects and uses more technology in the building process.

Two years ago, Scott Duncan, vice president of FMI Capital Advisors, said, “The oil and gas construction market remains vibrant, and many firms are seeking new ways to expand and grow their market presence. As competition for limited resources intensifies, labor and talent management is quickly becoming a key differentiator in company performance and overall company value. Companies seeking to build a presence in this market need to ensure they have the systems and processes in place to maximize productivity and retain top talent.”

However, considering the sudden drop in oil price at the end of 2014 and the subsequent announced layoffs and reductions in capital expenditures by many of the largest oil and gas companies, it would seem to change our earlier warnings of talent shortages in the oil fields.

Nonetheless, our 2013 projections for engineering and design occupations in the oil and gas segment of construction are still worth noting. From 2008 to 2015, we predicted that the need for employees with these skills would nearly double to 26,800. With current layoffs, we still expect shortages in some areas of engineering and of project managers, even if the oil price and the rate of growth in new oil and gas construction projects slow.

While the construction industry lost jobs during the recession, the oil and gas revolution in the US oil-rich shale plays was beginning to boom. Some of the more mobile and adventurous workers moved to find high-paying work in oil- and gas-related construction. With the current sharp downturn in oil and gas labor markets, it is unclear that the labor can freely move between the two industries as readily. That is especially true when it comes to project managers with sufficient experience under their belt.

Despite layoffs, a reduced number of capital expenditure plans, and declining rig counts, the price of oil continues to hover around USD 50/bbl as the US is expected to reach record oil production levels this year.

However, not all of this points to a recession in the oil field; economic forces are more likely to be evolutionary in nature. The effects of regulatory drivers on economics are as follows:

Oil and gas construction contractors and owners do not have to look far for examples of what is in store for capital expenditures in the current economic climate. When US construction was booming before the housing and stock market bust, hiring was brisk, prices were good, and no one had time to worry much about productivity. It is not that productivity and efficiency are unimportant at any time, but in a boom, most people cast those problems aside in order to get the job done.

The Total Package of Talents and Skills

Considering the challenges faced by a project manager in an oil and gas project that could take years to complete and cost billions of dollars to build, it appears that one would need someone with superhuman skills to assure that the project goes smoothly. If such superhuman project managers exist, they are few in number. Nonetheless, the role of the project manager has changed to one that emphasizes both aspects of the title.

The project side requires deep engineering and construction knowledge, which most experienced project managers have in fair measure as university graduates, some with advanced degrees.

However, it is the manager side of the job title that needs more attention as projects become increasingly complex and costly. The project manager must be able to understand and manage the financial side of the project to ensure that its budgets for work in process are on track with estimates. There is a large volume of project data to assimilate and report.

The project manager must also have the soft skills to manage teams of people, work with customers, estimators, the main office, suppliers, and a host of other people-related situations that can come up every day on the project. He or she must have great communication skills, a competency that we find is often lacking in the project management ranks. Good planning skills are also needed for managing the project from the preconstruction phase to project closeout.

Considering the many hats that a project manager wears, it is the rare individual who has the total package of talents and skills.

Although many lack the soft skills, newly graduated engineers are teachable for most of those willing to learn. The majority of the experienced project managers who attended FMI’s Project Manager Academy reported that they were there to learn the soft skills of management.

Imagine that we now have found our ideal or “total package” project manager. Is the company that has found this individual setting him or her up for failure?

Since the oil and gas industry is experiencing a downturn in prices paid for their products, they are cutting capital expenditures and looking closely at how to reduce the costs of production including the cost of construction. However, reducing costs cannot mean reducing safety and quality. It will mean being more productive, using more technology, and looking for every opportunity to design and build within a tighter budget.

When a “perfect” project manager has been found, it is critical to give him or her the tools to meet and satisfy the expected responsibilities. The tools in this case are organization and management. The “tool kit” includes the following:

A project manager is not responsible for creating the above practices. The philosophy of and emphasis on continuous improvement is part of an organizational culture driven from the top ranks, and the project manager is both a participant and a leader in this process.

Although we often hear phrases such as “productivity is our lifeblood,” improving productivity is not a reaction to an event (as downsizing in the oil and gas industry may be). It is a continuous activity with a long-term view.

Continuous improvement is a cultural phenomenon involving people in rewarding and satisfying jobs. For many firms, it may be a big cultural change. A realistic program for continuous improvement creates a shared mission with input and responsibility from field laborer, welders, riggers, and mechanics and up to the company owners. For project management, it also creates an atmosphere of trust and reliability.

Lean construction, prefabrication/modularization, and BIM represent not only the most current concepts available to contractors, but also a glimpse of the future of construction. While construction technologies will vary, there is no question that the construction industry of the future will resemble the manufacturing industry of today. The tasks of controlling the assemblies, mitigating the many risks, and reducing inefficiencies converge in the “perfect storm” for potential improvement in productivity.

Continuous improvement and lean construction are data-driven processes. Making valid measurements of the processes and communicating the information in a timely manner to the people who can make decisions is critical to keeping a project on schedule and on budget.

The wrong decisions made by using old data or no information at all are magnified in large, complex projects and drop quickly to the bottom line as missed schedules and cost inflation.

Project managers need to be able to see what is going on today in the field, as well as being able to project what will happen tomorrow, next week, and so on through completion. For small projects, a crystal ball and some field experience might be enough. But megaprojects require the sorting through of thousands of pieces of information and communications, and the tracking of key performance indicators (KPIs) to assure continuous improvement and avoidance of risk.

In an industry that is looking closely at ways to save money on capital construction budgets such as “design once and build several times” and the increased use of modularization, excellence in project management and a culture of continuous improvement will not only help to achieve economies of scale, but also economies of experience.

The high-level financial management of KPIs that a project manager should be aware of on a regular basis include the following:

The same principles for tracking performance may be applied to other aspects of a project that are less quantifiable such as project documentation (submittals, requests for information, and correspondence), subcontractor management, customer satisfaction, quality, and safety, and other productivity drivers such as short interval planning, foreman’s daily huddles, and performance evaluations.

A project delivery scorecard provides a self-assessment for an organization, which is the foundation of continuous improvement. The best project delivery scorecards have the ability to identify the measures that are significant to an organization’s success and then weight them according to the specific situation. By evaluating the qualitative performance of the organization, problems may be identified earlier, which prevents the escalation of a paper war with owners, subcontractors, and other project stakeholders.

In an environment of continuous improvement, lean construction, and data-driven performance, companies will need fewer superhero project managers and more project managers who are able to lead a team, communicate well, and coordinate many aspects of a large project. As these processes are created and understood, it will be easier to train up-and-coming project managers in order to assure continuity and retain highly skilled talent.

FMI. 2013. Skills Shortages in a Booming Market: The Big Oil and Gas Challenge. http://www.fminet.com/media/pdf/report/OilandGasChallenge.pdf (accessed 3 May 2015).

Brian Moore is a principal at FMI. He consults with contractors on strategic, financial, and operational issues and is involved with in-depth market analysis, strategic and business planning, and market planning. He may be reached at bmoore@fminet.com.