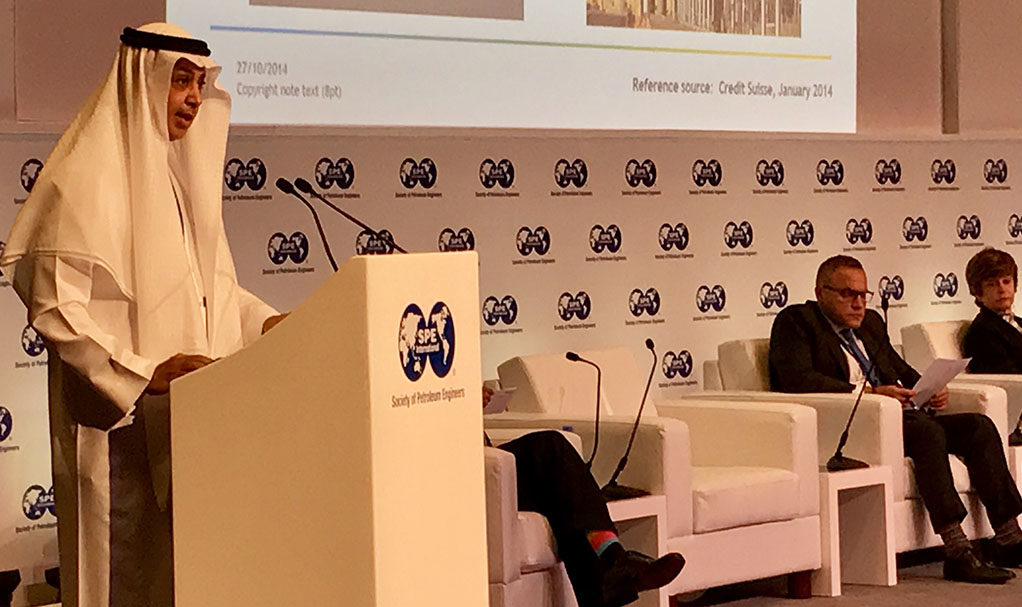 Fuad Al-Azman, the general manger of area projects at Saudi Aramco, said his company has adopted new management practices to ensure that its latest megaproject does not fail to deliver.

Megaprojects have become a mainstay of the modern oil and gas landscape with more than 350 of these billion-dollar-plus facilities dotting the globe—each one designed to take advantage of economies of scale.

And with so much at stake, both in terms of profitability and reputation, one might think that megaprojects would benefit from the industry’s time-tested management practices.

“This has proven not to be the case,” said Fuad Al-Azman, the general manager of area projects at Saudi Aramco, adding that studies show almost 65% of megaprojects fail to meet the performance goals established when the financial go-ahead was given.

Al-Azman spoke about the challenges facing megaprojects during a panel session on Tuesday at the SPE Annual Technology Conference and Exhibition in Dubai. He said about three-quarters of megaprojects suffer from schedule overruns, two-thirds were over budget, and actual costs are often 50% higher than the original estimates.

“Such is the state of our industry today; if a megaproject comes in at less than 25% over budget and 1 year behind schedule, it is considered a success,” remarked Al-Azman.

So what is the problem with completing megaprojects on time and on budget? The simple answer is people. This means employees, corporate management, and their governments share the vast majority of the blame—not the technology, the geology, or the environment.

Operators can avoid costly pitfalls if they focus on addressing the human-related problems that include overdesigning facility systems and introducing major changes midway through.

Al-Azman explained how his company’s attention to these issues pushed it to adopt new management strategies for the development of its latest megaproject—the Jazan Complex.

Still under construction, the Jazan Complex will be a 400,000 B/D refinery that features a liquefied gasification plant and a 3,900-MW power generation facility to support other developments in the remote southwestern region of the country.

This project involves 30 major contractors, 100 subcontractors, 1,000 supply vendors, and more than 70,000 construction workers. Al-Azman said the company devised a number of new strategies to manage this army of people and engineering resources.

One of them was to establish an automated database program that ties together the work that all these contractors are responsible for and serves as platform for the management teams to interface with one another. This program also generates constant progress reports, which Al-Azman said gives the management teams a “high-resolution” look at which parts of the project are on track or not.

He also said that the project team realized early on that face-to-face discussions between its numerous contractors were essential to meeting the project’s goals. To deal with the challenge of having so many people spread across four continents and many more time zones, the company established quarterly mini-conferences where 150 lead contractors meet to scrutinize agendas and ensure their targets are being met.

To ensure the Jazan Complex continues to move in the right direction, “we must strive to continue to learn as individuals, teams, and as organizations,” Al-Azman said. “Projects by their nature are very dynamic and they will not stand still—why should we?”

Another challenge he addressed during his remarks had to do with the impact that current low oil prices will have on megaprojects going forward. Al-Azman’s advice was that with hindsight in hand, companies should build the potential for volatility into their megaproject designs.

“If you do the proper planning at the beginning, you can probably phase out what you don’t need or build a different stage later on,” he said, adding that the flexibility to reduce a project’s scope is the simplest and best way to cut costs in response to low oil and gas prices.